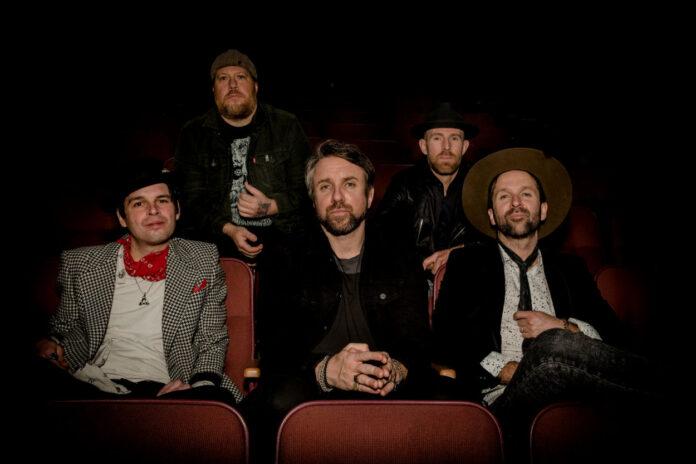 Canadian rock ‘n rollers The Trews are back with “The Wanderer”, the first single from their highly anticipated upcoming album. We caught up with them to chat about the new music, their most memorable shows, and what they’re currently listening to on repeat.

From The Strait: Tell us about your latest track, “The Wanderer”.

The Trews: It’s a rockin little number with (almost) the same name as the upcoming record so we thought it’d be a good track to tease out as we approach its release. It’s also got a groove change between the verses and choruses, which is a trick I’ve always loved and wanted to incorporate into one of our songs. Now we have!

FTS: There’s a lot of talk about your upcoming 7th studio album, Wanderer, being a powerful rock ‘n roll record – how did it all come together, and would it be the same type of record had the pandemic not happened?

The Trews: Like a lot of things, the planning of this record was completely disrupted by the pandemic. We started the process in December of 2019 in Nashville with Rich Robinson of the Black Crowes producing a few songs. Everyone liked the vibe and we were on our way to do more in March of 2020 when the world suddenly shut down. We were left to make alternate arrangements that had to be scheduled around the various stages of reopening/lockdown etc. So we got back together with Derek Hoffman, who produced our last record “Civilianaires”, and banged out a couple of new tunes and finished the balance of the record with, cancon producer extraordinaire, Eric Ratz. We never did get back to Nashville as the border remains closed to this day. One thing the pandemic did afford us was more time to write, which you always need and we took full advantage of. Five of the songs that ended up on the record, including the lead off single “I Wanna Play”, wouldn’t have been written had it not been for that. And in a very literal sense, that song is about life in the pandemic.

FTS: There’s obviously a lot to choose from, but off the top of your head, what is the most memorable (or weirdest, if you’d prefer) show you’ve played?

The Trews: So many memorable shows, it’s hard to choose just one but to name a few – opening for the Rolling Stones at the Phoenix in Toronto in 2005, opening for Springsteen at Magnetic Hill in New Brunswick in 2012 and being invited to play with him in his encore, playing in Bobcaygeon with the Tragically Hip in 2011, touring Canada with Robert Plant… we’ve been lucky to play so many amazing shows with amazing people.

Some of the weirdest have been during the pandemic, we’ve played a handful of Drive in shows – looking out at a sea of headlights and hearing honking horns instead of applause between songs is something I won’t soon forget. And we’ve done a couple of livestreams from inside big venues like the Danforth Music Hall in Toronto that have been completely empty except for the film and sound crew, so it was crickets between songs…super bizarre.

FTS: What albums are you currently listening to on repeat?

FTS: Tours and shows are finally starting up, and we’re all excited about seeing live bands again. When you get back out on the road, what are some places you’re really looking forward to playing?

The Trews: Anywhere and everywhere. We’ve had a few shows already this summer and the vibe has been incredible. Performer and audience alike are just so happy to be back at it and congregating again in the name of music and togetherness. So I would do that anywhere that would have us. I’d play a car door opening after the year and a half we just had! haha!

Check out the latest single by The Trews, “The Wanderer”!