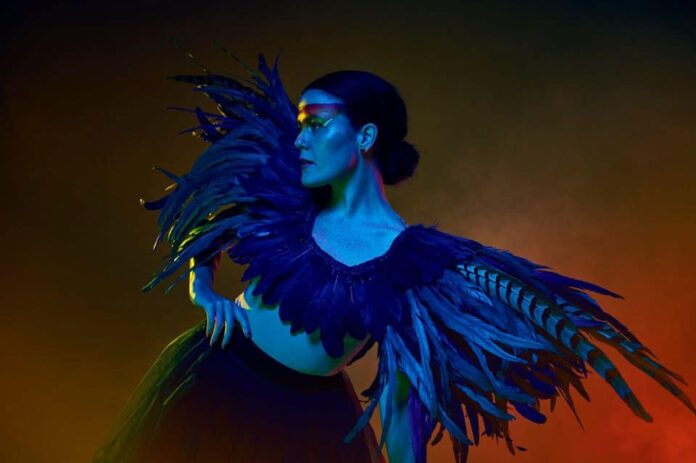 Canadian singer-songwriter iskwē is a force to be reckoned with. Pairing modern pop sounds with influence from her Cree and Métis ancestry, she’s created music and performances that are captivating and memorable. The Juno-nominated artist recently released a powerful video for her single “Night Danger”, from her latest album acākosīk. We caught up with iskwē to learn about her artistic influences, her dream tourmates, and how she would describe her sound.

From The Strait: There’s such an interesting mix of things in your music – especially live. You also add a theatricality to your performance reminiscent of people like Siouxie Sioux, and we’re wondering if there are any influences that inspired the way you present yourself onstage (the movement and costuming, specifically). What kind of bands did you grow up listening to that influence your style?

iskwē: Ah! I grew up listening to all kinds of different bands and genres of music, my house was really encouraging of finding new, interesting sounds. I would say, in terms of influences, artists like Björk, David Bowie, and Portishead were all integral in my development as an artist – both on stage and stylistically in music.

iskwē: Rage Against the Machine – because they’re super deadly and I love what they do sonically, politically and their overall awesomeness 😉

FTS: What would your chosen career be, if you weren’t a musician/ performer?

iskwē: I would work in the arts regardless. This is a tough one to answer as I just can’t visualize what else I would do, but it would be arts based and with an activism edge, I’m sure.

Check out iskwē’s video for her single, “Night Danger”!