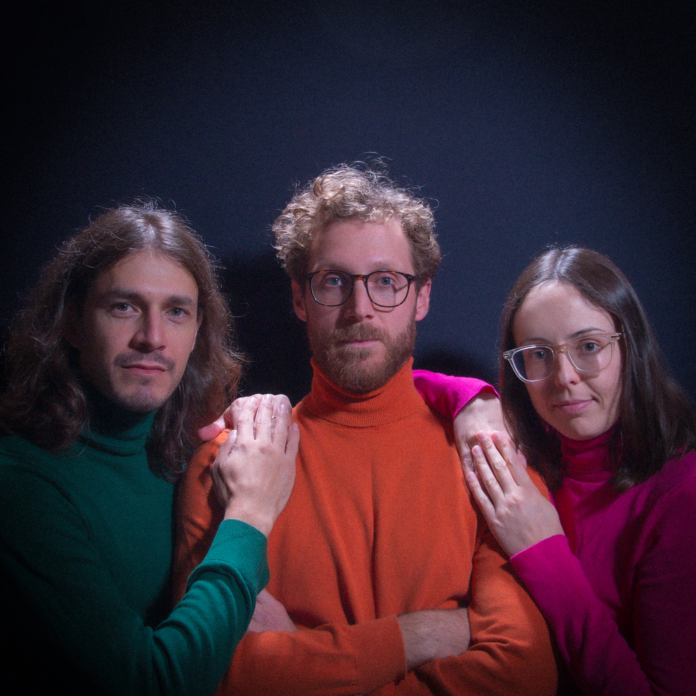 Niagara music fans surely already know who Amanda Parker, Arih SK, and Mark Hoerdt are. Whether you know them from their solo projects or bands, they’re all long-time staples of our local scene. Now this talented trio have formed a new band, Powerwalk – describing their music as “new wave takes a brisk walk into the 2020s”. The debut single “Summer’s Over” is a fun, synth-filled track with a chorus that will be firmly stuck in your head long after you’ve listened. (Trust me. I woke up singing it this morning.) We caught up with Powerwalk to chat about the single, the Niagara bands they’re listening to lately, and their songwriting process.

From The Strait: Tell us about the new single, “Summer’s Over”. (Meaning behind it, inspiration, etc.)

Powerwalk: Fall always comes. It gets cold and wet and everything dies. But there’s one last furious burst of colour as the trees go bare. We might not have any control over how things change or how fast they change, but sometimes we can still appreciate the beauty.

FTS: How did Powerwalk become a band?

Powerwalk: We’ve been playing music together one way or another for about a decade, starting with open mics and late night jams. Eventually, our love of retro 80’s dance music led us to try and write some music together. We set aside a few days to just have fun and came out the other side with four new songs. It feels like maybe we’ve always been a band.

FTS: What are some Niagara bands you’ve been listening to lately?

Powerwalk: Niagara obviously has the best bands. Lately, we’ve been listening to Lastli, The Natrolites, Years of the Modern, and Minuscule. Everyone should listen to more Niagara bands, it’s the future.

Powerwalk:  We take a pretty experimental approach: find something that sounds fun, maybe it’s a melody or a chord progression. Every song should have something fun in it, or something you haven’t heard before. Then you need good lyrics, something that means something to you, whether it’s an experience or something you care deeply about, it has to be real. That is, of course, just our opinion.

FTS: How do you normally find new music, and what’s your favourite way to listen?

Powerwalk: The very best way is to hear someone play a great song. It’s magic. The next best way is probably using spotify radio. Take a super song that you love intensely and just hit ‘go to song radio’ and voila there is a playlist full of similar songs by amazing artists you’ve probably never even heard of before.

Check out “Summer’s Over”, the debut single from Powerwalk!