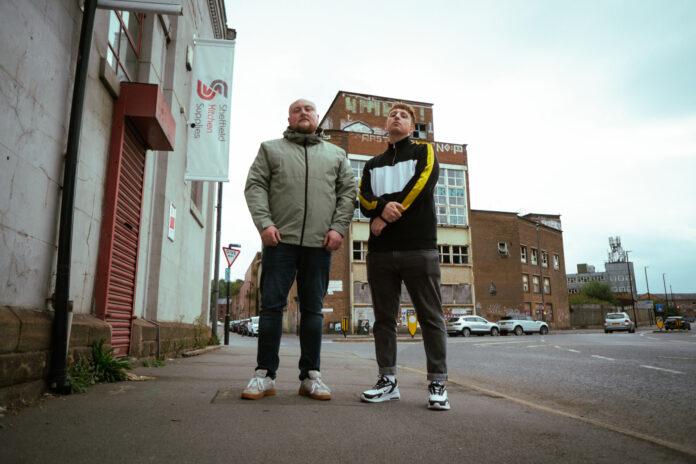 UK duo Perfectparachutepicture have an impressively big sound for a two-man band. Their latest single “It’s Broken” mixes alt rock and post punk to create a catchy, riff-heavy style that listeners will want to sing along to. We caught up with Perfectparachutepicture to chat about the new song, their superhero alter egos, and their favourite – and least favourite – things about being in a band.

From The Strait: Tell us about the new single, “It’s Broken”.

Perfectparachutepicture: ’It’s Broken’ is a song about feeling helpless to another person’s self-destructive personality that rubs off on everyone and everything that it’s around. The distinctive stop/start style was deliberately done in the writing process to mirror the theme of the track, and the broken relationships created by the type of people that leave so much damage in their wake. The melancholic nature of the song leads to the direct question to this person, ‘Did you want this to happen?’ because surely someone so destructive, wouldn’t deliberately be like that?

FTS: You have such a big sound for a duo – do you find it takes more work to create that full band sound, or is making music easier with two members?

Perfectparachutepicture:  The positives of there being just two of us are that we’ve played in the same band together as a two piece for so long, that we have long been able to tell what the other person is thinking in the songwriting process, which goes for our live performance too. The limitation of having two members forces us to be more creative and push boundaries in our songwriting. Nothing is off limits and it has 100% made us better and better musicians over the years.

The obvious negative is, there’s two of us (shock!), and we can be limited in the fundamental sense that there aren’t 1 or 2 other members to fill it out, but again, we’ve learnt ways around it and we are constantly developing everything about the band to keep breaking down the barriers.

FTS: What is your favourite – and least favourite – thing about being in a band/ making music?

Perfectparachutepicture: Being in a band has astronomic highs and soul destroying lows. Sometimes you don’t know which outweighs which and it can really have a harsh effect on your mental health. I guess that’s the worst thing!

The best thing is that, through music, we have been able to express ourselves creatively for the vast majority of our lives, and nothing would ever stop us from doing that. Being able to perform your songs to a crowd of people that have paid to see you do so, will always be the biggest compliment for us as musicians.

Perfectparachutepicture: We record absolutely every single idea so that there are more ideas than we can ever use. When the dreaded block comes around from time to time, we can bring these ideas to the forefront and spark the creative juices all over again.

FTS: If either of you were superheroes, what would your superhero names and powers be?

Perfectparachutepicture: Riffman and Big Beat.
The crime fighting duo with the powers to riff an enemy into a head spinning trance and to finish them off with a foot stomping beat to the head.

Check out “It’s Broken”, the new single from Perfectparachutepicture!