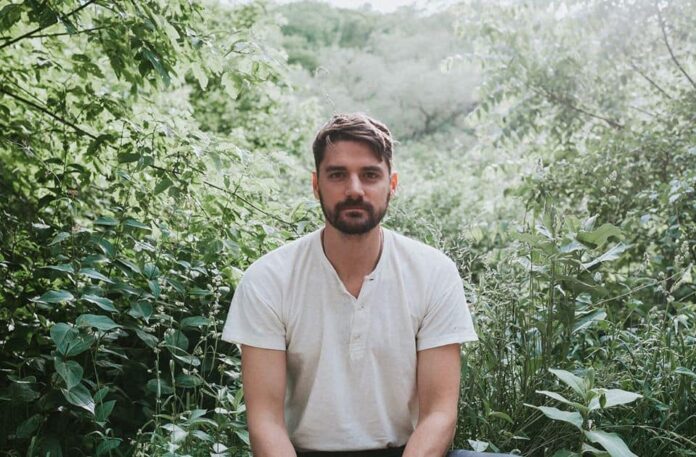 Between his work as lead singer of Hey Rosetta! and his solo project, Tim Baker has become a beloved staple in Canadian music. Having just released a new EP (The Eighteenth Hole Variations), the singer-songwriter is currently on a cross-Canada tour before heading out to Europe. We caught up with Tim to chat about his influences, his ability to connect with live audiences, and the coolest show he’s played to date.

From The Strait: Who were your musical influences growing up, and how do they differ now?

Tim Baker: I think the main difference is when I was young, I just listened to music that was around me and sort of inescapable, whereas now I seek out music more deliberately, and the sphere in which we all seek out music is so much larger and more varied than before. As a boy I listened to my fathers music: The Beatles, Cat Stevens, Stan Rogers, Ron Hynes, Paul Simon, Elton John, Billy Joel, Robert Palmer, Phil Collins, etc. And as I grew up I fell, again somewhat inevitably, into the alternative music of the 90s: Pearl Jam, Rage Against the Machine, Soundgarden, Nirvana, etc. And then after Hey Rosetta started touring I began to discover live, local music around the east coast of Canada and that influenced us a lot.

And these days I follow so many different lines into the inexhaustible library of music out there. Just yesterday alone in the van I listened to: John Coltrane, Roger Miller, Angel Olsen, Midlake, Big Thief, Chance the Rapper, Gal Costa, Dr Dog, The Cheiftains, Cocteau Twins – as to what is influencing me now, I cannot say for sure, and I’d rather not know to be honest.

FTS: During your live shows, you have a way of really connecting with your audience – how important is that, and is it something you make an effort to do? Or is just natural?

Tim: I think it is a natural thing – to be on stage and to want to reach out to the people that came to stand or sit in front of you. And I think it’s a great privilege to have people to listen to you as you basically stand around and yell words at them over music. So I’ve always tried to live up to that lyrically, and be serious about the message and the meat of the songwriting. Sometimes overly serious I think, which I’ve tried to let go of a little on this record.

But yes I think it is natural to want to connect when playing music live, because that I think is what music is always trying to do, and so it seems strange and fearful and wrong to be reaching out a hand while at the same time not caring whether someone takes it. But, yes, of course, on somedays there is an effort involved, depending on the situation of the show, somedays the hand is heavy and the smile is hard to put on – but once someone takes the hand so to speak, with even a mere nod of recognition, the whole process becomes easy and light and natural again.

FTS: If you could collaborate with any other artist, living or dead, who would it be and why?

Tim: Feist – because i love her musical spirit and production and voice and i feel i understand her so well.
Or perhaps Johnny Greenwood because i don’t.

Tim: Hey Rosetta played so many weird and wonderful shows. A small festival in Spain as the full moon rose over the vineyards comes to mind. Also a show in Shanghai once in 2010 or so – it was outdoors in a courtyard. The audience was all Chinese and it was as if many of them had actually never seen a rock show before. Seeing them hear and see us was so interesting to me. It was if they didn’t have the same sort of culturally-agreed-upon script for being at a show as you see other places. Some people danced, some sang, some clapped, some took notes, some smiled, some just stood looking very intensely at what we were doing. There was a freedom to the crowd and an excitement and appreciation that I’d never seen nor again.