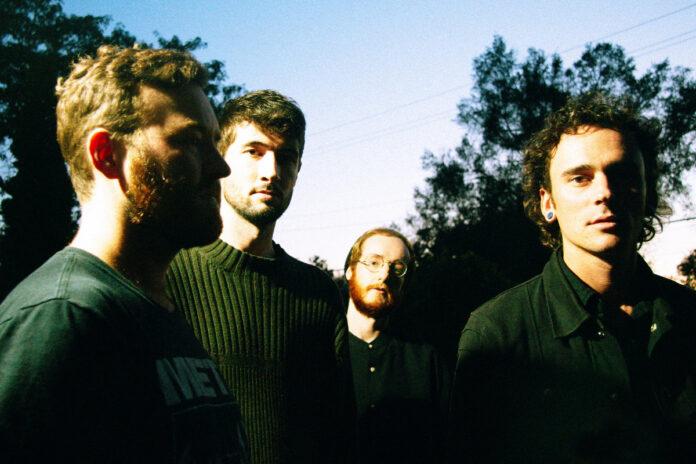 Hailing from Barrie, ON, Mount Mural is a 4-piece band with a sound that has a shoegaze, post-rock vibe. They’ve just released their latest single, “Sickboy”, so we caught up with the band to talk about the new music, how they got their start, and what’s coming up next.

From The Strait: Tell us about the new single, “Sickboy”.

Mount Mural: We started writing Sickboy at the end of 2019. We recorded live off the floor at the end of 2020 at Catherine North Studios in Hamilton. We kept this track true to our live performance, with very little overdubs in the studio.

FTS: How did Mount Mural get started as a band?

Mount Mural: Clayton had a few tracks written and reconnected with Kyle (a friend from highschool.) They went on to record the tracks and work on production ideas. When they were partially written, we reached out to a drummer Clay had played with in previous bands, Evan Smith. We started bringing the songs to life after jamming with Evan which lead to recording our first E.P “There is a Better Place.” Following that we recruited Calvin on Bass. After a few years of shows and writing together it lead to the present moment of Mount Mural.

FTS: Who were your influences growing up, and how do they differ from your current ones?

Mount Mural: Our influences growing up were Pussy Cat Dolls, Beyonce, 50 cent and probably anything off the Kidz Bop records.

FTS: If you could collaborate with any other artist, living or dead, who would it be and why?

FTS: What’s next for Mount Mural?

Mount Mural: The next steps in Mount Mural is to tour our new tracks, and write a new E.P.

Check out the latest track from Mount Mural, “Sickboy”!