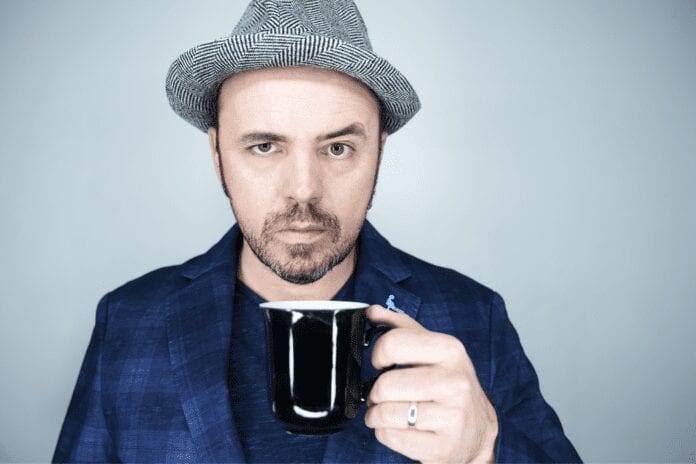 Hawksley Workman just released a brand new track, “Dwindling Beauty” – a meditation on emptiness and giving up. Nearly a year since our last Q&A with Hawksley, we caught up with him for a quick chat about the new single, the only time he’s ever experienced writer’s block, and his musical icons.

From The Strait: Your latest single “Dwindling Beauty” is decidedly darker than the rest of your catalogue – was this a deliberate path, or was it an organic change?

Hawksley Workman: There’s definitely been dark music along the way… I’ve been trying to bum people out for years! lol. My bleak outlook has dogged most of my adult years, and then some before. Maybe compared to the upbeat songs we’ve released ahead of this one, like Just a Dream, were a good set-up for a moody one. I’m trying to invite more joy into my everyday… but this kinda stuff seems to always bubble out.

FTS: In our last Q&A, we asked about your practice routine as a multi-instrumentalist. If you could only play one instrument and give up all others, what would be the instrument of choice?

Hawksley Workman: Drums are still my everything. I still think about drumming constantly, I follow drummers and keep up with the evolution, and there’s been a lot of evolution lately. When I moved to Toronto in the mid 90s it was to become a drummer for hire. I put in the 10,000 hours and all I wanted was to be drumming on stages and in studios. But then I wrote a record to spite a few annoying songwriters who took advantage of their “side-people” (me being one of them) to prove that they weren’t *all that* and all of a sudden I was touring the world as a songwriter/performer…

Hawksley Workman: I’ve only had writer’s block once, it was after a year or so of working in Stockholm, London and Los Angeles trying to write and pitch songs to big American superstars. I think the angels were trying to tell me that I ought not abuse or misuse the magic. After quitting that pursuit and refocussing on writing my own tunes things went back to normal. I’m pretty lucky, because that’s the only brief instance of writer’s block I’ve ever really had to deal with, and it was spooky.

FTS: Who were your musical icons growing up, and how do they differ from your current ones?

FTS: Here’s a fan question sent in by Sandro Rocco (who is also a multi-instrumentalist) from here in St. Catharines: What’s your favourite piece of studio gear?

Hawksley Workman: Since my studio gear has been packed away the last six months or so, after a move back to Ontario and building a new studio space right now, it’s hard to say. But I love my U87 ai… I like how crisp and 3 dimensional it is, it reminds me of how Carl Zeiss lenses look. It kinda puts the vocal in the picture like a *viewmaster*.

Check out the latest single from Hawksley Workman, “Dwindling Beauty”!