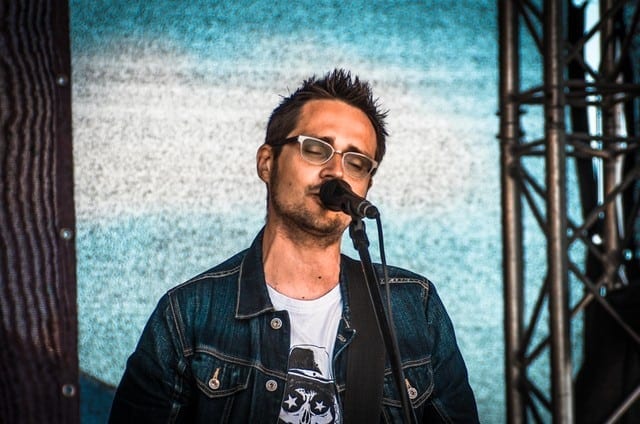 Kristaps Bakis is an indie musician, songwriter and producer from Riga, Latvia. Less than two years after his last album, Ghost of the Lizard, he has returned with a new album called Spacehog. We caught up with Kristaps to chat about the album, his influences, and what’s next.

From The Strait: Your new album is called “Spacehog” – how long have you been working on it, and what can you tell us about it?

Kristaps Bakis: I guess, I could say that this album wasn’t really intended. I released “Ghost of the Lizard” less than two years ago. I thought that I should give some time to accumulate new material. But, as soon as I had two songs, I knew that there has to be an album. This is the most effortless album I have ever made.

FTS: What musicians would you say have helped you shape your sound?

Kristaps: I’ve always been a big fan of hard rock and punk rock. There’s definitely that. But there are several musicians from different genres that have really left their mark. Tom Waits, for example, or Trent Reznor.

There is only one picture on the wall in my house. And it’s Ray Charles. I love his music, but even more I admire his passion, devotion and his life story.

And then there’s Nick Cave. I will never understand how he became acknowledged, but I just love everything about the guy.  Even his books are alright. What makes Nick Cave so great is his ability to grow in the right direction, upwards. He doesn’t become cheap. I thought that he wouldn’t be able to make anything better than “Murder Ballads” and “The Boatman’s Call”, but then he made “Skeleton Tree” and “Ghosteen”. He is productive and keeps getting better.

FTS: Describe your sound in one sentence.

Kristaps: There are new songs on their way. I am thinking of switching to some new instruments that I haven’t used before. I will try to find something interesting.

Have a listen to Kristaps Bakis’ new album Spacehog on all streaming platforms, and check out one of his singles “Bullet In Her Face”, below!