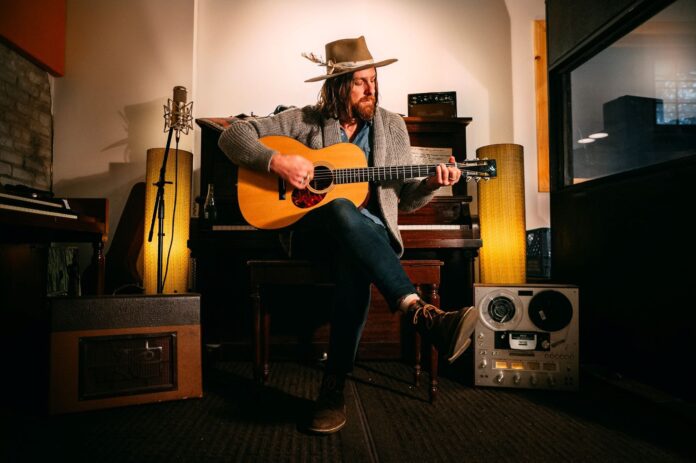 The word “rest” doesn’t seem to be in Matt Mays’ vocabulary, as he’s been consistently touring between albums, and is now on the road again in support of the acoustic release. Once more, he has friend and musician Adam Baldwin in his backing band – this time also opening the show.

We asked Matt a few questions in anticipation of his Hamilton stop on the tour, this Sunday February 10th.

From the Strait: What’s the one record you wish you wrote?

FTS: Seeing you live is always a great experience, and each show seems to be different from the next. We’ve seen you guys very tight and polished (The Gaslight Anthem tour), and then really laid back and jammy (Leopard Lounge, Buffalo). What determines each show? Audience vibe, venue, mood, etc.?

MM: I think it really comes from reading the feel of the room and the audience. The overall vibe of the place generally dictates. Also, with opening slots, you tend to have a pretty short window so we work pretty hard on packing a lot into 30-40 minutes.

FTS: You’re famously a bit of a perfectionist when it comes to releasing music, so would it be against your nature to put out one of those demo reel records that seem to trickle out after an album celebrates an anniversary?

MM: I’m loosening up these days and realizing it’s more important to get the music out there than it is to make a tambourine sound just right. I’m not against putting demos out at all it’s just that there are hundreds to go through!

FTS: What is the best concert you’ve ever attended? Is there anyone that you’ve been wanting to see live?

MM: Motörhead in a tiny venue in Calgary about 10 years ago. It was so loud the fire alarms started going off but instead of stopping to deal with it, they just played through it. The alarms weren’t audible when the band was playing so it just added to the insanity.

If you don’t have tickets yet, get them online & check out Matt Mays and Adam Baldwin in Hamilton on the Dark Promises tour.