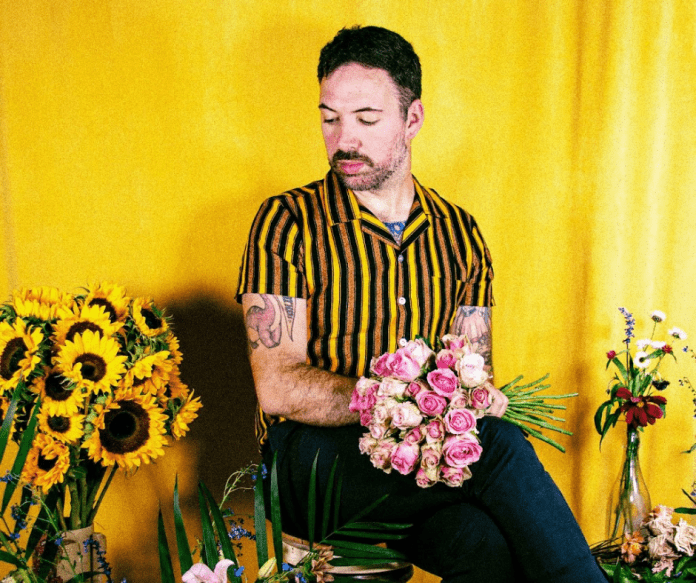 If you don’t know Darling Congress yet, prepare to start hearing about them a lot. Born from a solo project by Peter van Helvoort (Teenage Kicks), it later morphed into a collaborative project that included fellow heavy-hitters Keegan Powell, Brent Wirth, and Brett Emmons (The Glorious Sons). We caught up with Peter to chat about the new single “Your Dog Don’t Like You” (and the video featuring his dog, Gracie), how Darling Congress came to be, and some solid advice he’d give his younger self.

From The Strait: Tell us about the debut single, “Your Dog Don’t Like You”.

Peter van Helvoort: This is a song about not wanting to admit you’re wrong and allowing that feeling to go on and on ad infinitum. In a more personal sense, it’s about how my relationship with my brother Jeff started to falter as we drifted apart. With that first lyric it was meant to be about Jeff and his dog, but it quickly became an opinion piece on where he and I were at during that time. I wanted the song to still have its bones in the original demo so I played this old 12 string I have in open G, but Brett was able to get a lot of energy from the song as a whole. This was actually my least favorite song of the sessions we did, but once the mix came together I started to change my tune on it.

FTS: The video features your adorable dog, Gracie. Now that she’s a star, are you afraid the fame will go to her head?

Peter van Helvoort: Gracie loves nothing more than having a job so she’s not letting the fame go to her head. When she isn’t doing her tricks she’s a somber little dog that sleeps in bed all day. She’s looking for work if anyone out there is interested. I’ll put you in touch with her people. You can do lunch.

FTS: Darling Congress started out as your solo project, but then it grew. How did it become more of a collaboration?

Peter van Helvoort: It really wouldn’t have existed as anything other than voice notes on my phone if it wasn’t for Brett’s involvement and insistence on me starting to play again. We were originally supposed to make a record in April 2020, but when Covid happened we put a pause on the whole project and I started spending four or five hours a day learning to play fingerstyle guitar. The process became a lot slower, but I felt like I grew as a musician in those months where I was holed up at home. In the early summer, ex-Teenage Kicks guitarist Keegan, and I reconnected and that changed the songs again. Everything came together at the end of the summer when we added Konrad and Brent on drums and bass, we got together in a room and it felt, for a lack of a better word, magical. It just felt like a band, if I had played all the instruments myself it wouldn’t have been as good. I became a member of a band that couldn’t exist without the sum of all its parts, and that’s something I’ve really missed since Teenage Kicks made Spoils Of Youth.

FTS: What advice would you give to your younger self, just starting out in music?

Peter van Helvoort: Stop quitting and life doesn’t end at 30. For so long I focused so much on this invisible “doomsday clock” that existed in my head and it skewed by opinions about everything. I’m 36 now and I think I’m closer to playing music as my career than I ever was before, and I feel more proud of who I am as a person and a musician than I ever have before. It takes time to become good, and it takes a lot of time to be great. I’m working every day to get closer to that second one.

FTS: Any plans to take Darling Congress out on the road? (Maybe with a stop here in Niagara?)

Peter van Helvoort: The goal is to play some shows around an album release, which should be some time in the late spring or early summer. I have a group of wonderful people that I want to play with, and I would love to play with a band again, as it’s been over five years since Teenage Kicks ended. Right now I’m playing bass with The Glorious Sons and that’s my main gig, so anything we get to do with DC is icing on the cake.

Check out the video for “Your Dog Don’t Like You” by Darling Congress!