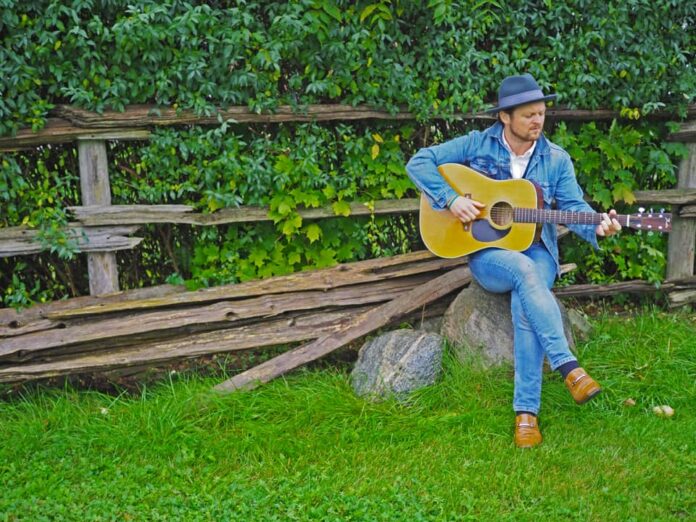 It’s rare to find an artist that receives only positive words from anyone who encounters them – but in the case of Toronto’s Mattie Leon, it’s 100% true.

Mattie Leon has been releasing music for about a decade. Bursting onto the scene with his band The Sweet Mack (check out the wonderfully catchy “Ivory Coast”), the band seemed to fizzle out after a few years – as bands sometimes do.

When The Sweet Mack called it quits, another band was born from its ashes.The Shakedown released two records, Electric Electric in 2014 and Violet Sun in 2015. Both are incredible records that you should seek out right away. 2015 also saw Mattie Leon release his first solo effort Terrace. With it, he started making a name for himself as an artist to watch.

Last year he released the beautiful album Signal Hill to an adoring fan base, and has become known as one of Canada’s brightest emerging artists. Signal Hill has a sound that hearkens back to the early days of Paul McCartney’s solo records, and shares the feeling of early 90’s Paul Simon’s Graceland/Rhythm Of The Saints.

Signal Hill is full of tracks that truly bring the feels. The lead-off track “Sister Simone” dares you not to start head bopping. With Mattie’s signature falsetto vocals and its catchy as hell hook, it’s sure to be stuck in your head for days.

Last summer he made his first trek across the country and continued his quest to make as many music fans aware of him as possible. Where Mattie Leon differs from many artists isn’t his ability to make fans… it’s his ability to turn those fans into friends. Often accompanied by his equally brilliant band mates Brother Mike (Leon) and Nelson Sobral (N3lly), he continues to tour across Ontario and Montreal, meeting fans and making friends. When he’s not busy touring, you can always find Mattie at various shows supporting other artists all over Toronto and Hamilton.

Mattie Leon is definitely an artist worthy of your attention. Go check out his entire discography, then go see him live… and make a new friend.