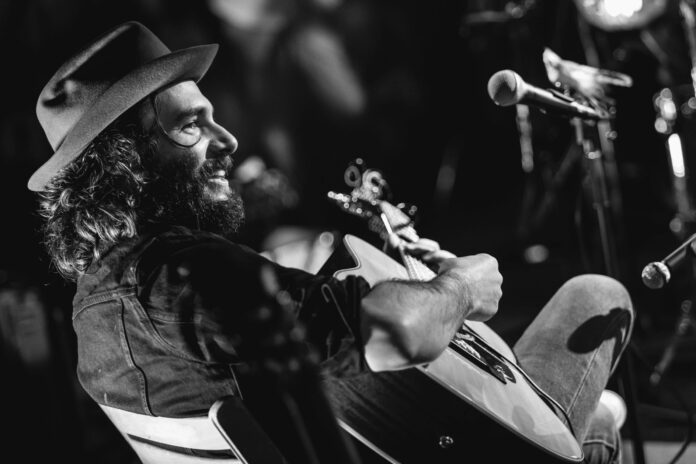 If you don’t know Adam Baldwin by now (and trust us – you should), let this be your official introduction. The Dartmouth N.S. native is primed to release his first new music since 2016’s No Telling When, his debut full-length album. In those three years he’s kept busy, relentlessly touring with fellow East Coaster and good friend Matt Mays. To see Baldwin and Mays perform together is to witness one of those rare experiences that sometimes occur on stage. Like Keith & Mick, Bruce & Clarence, or Simon & Garfunkel – you truly see the joy the two share in making music together. We had a chance to speak to both before they head out on the road again, this time making a local stop in Hamilton for a stripped-down show at the Hamilton Public Library on February 10th. Adam will be doing double duty, as part of Matt’s band and also opening the show with his own acoustic set.

Here’s what Adam had to say about his upcoming release, and his evolution as a musician.

From the Strait: It’s safe to say you’re a pretty dynamic artist. Your debut EP differs sonically from No Telling When, and last week you released “Salvation” into the world – it too seems like a departure from the last record. Is this a conscious effort, or just a natural progression?

Adam Baldwin: It felt like a natural progression. I’ve evolved as a songwriter, I think everyone does as their tastes change, as their lives change. And working with Gus and Werner who produced this thing was 90% of what informed the sound. The other 10% was a Rickenbacker guitar that I played on everything. I’ll tell you, you wanna make a “departure” from your old sound, get a twelve string Rick.

FTS: Time for a bit of fantasy draft – if you could put together your all-star backing band, who would be in it? (Not including current band!)

FTS: You toured extensively in the last year – do you write more on the road or at home?

AB: I always write at home, usually after I’ve had a little while to decompress and unravel the tour from my psyche. There’s always a lot in there for me to unpack, but you can’t unpack ‘til you’re home sweet home.

FTS: What can you tell us about your new music? Will it be an EP, a full album, or will you go the singles route?

AB: The new EP is called No Rest for the Wicked. It will be available March 29th.

Stay tuned for our Q&A with Matt Mays, and be sure to grab your tickets to see Adam and Matt in Hamilton.