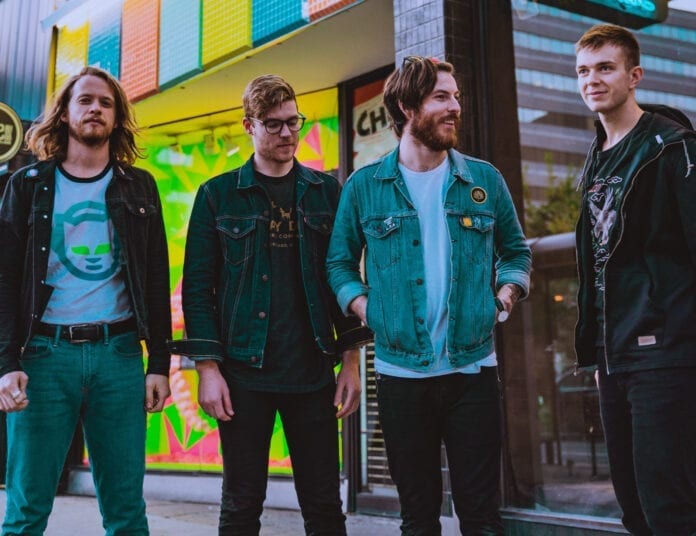 We’ve got The Honest Heart Collective back on FTS, and this time we’re chatting with them about their recent single “Linework”, their weirdest and most memorable shows, and how they’ve been keeping busy for the past few months.

From The Strait: We always love hearing new music from you guys. How have you been keeping busy during these strange times?

The Honest Heart Collective: We’ve been working on lots of new stuff, including songs and videos. We really wanted to make an effort to focus our attention on different aspects of our band we haven’t tapped into yet because we’ve always relied so heavily on playing live. It’s pretty crazy what you can accomplish in other areas when you’re forced to slow down and stop. So keep an eye on our YouTube channel for all the new stuff we’re working on. Also, we all started playing COD: Warzone, that really helped pass the time for those first few months.

FTS: Tell us about “Linework” – what was the inspiration for the song?

THHC: Linework is about growing older and drifting apart from people I still hold close. It’s recognizing that not everything is as permanent as tattoo ink. Different lives, different careers, and heck even different cities. Acceptance was a big inspiration in that line of thinking, and although those relationships might not be the same as it was, you’ll always have those memories.

FTS: We can only assume that you guys miss playing live right now. What’s the most memorable (or even weirdest) show you’ve ever played?

THHC: We played our first “fly-in” festival last fall in London, ON. We had two hometown shows the following day, and it was one of the craziest weekends of our band’s career. 24 hours on almost no sleep, and sharing a bill with the Glorious Sons, The Beaches, Texas King & Kasador. Getting some of our gear confiscated by Billy Bishop security at six in the morning wasn’t cool, but we made it home in time to keep the energy going for two sold out nights.

Our weirdest show ever was in Montreal. This guy kept sending shots to us during our set before proceeding to whip his dick out, run across the stage, and straight out the door. Never to be seen (by us) again. We didn’t even get to thank him for the shots.

FTS: If you were stranded on a deserted island, what 5 albums would you want with you? (No judgement, no rules!)

Check out the recent single from The Honest Heart Collective, “Linework”!