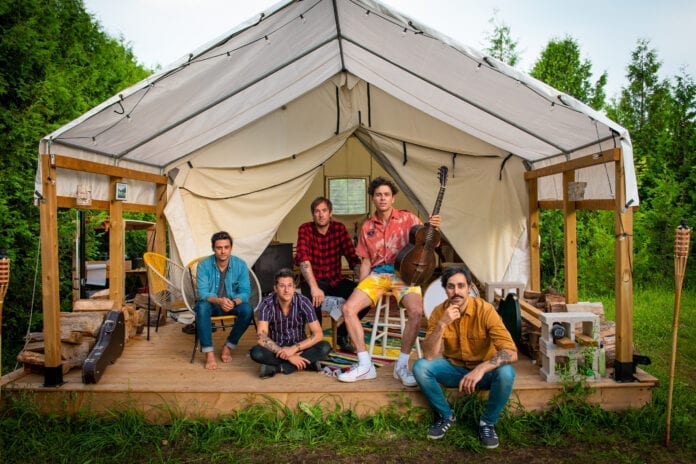 Canada’s favourite live band, Arkells have just released a brand new record titled Campfire Chords, featuring re-imagined versions of some of their most-loved tracks. They’ve taken a collection of previously released songs and re-recorded the ones that passed the “campfire test”, and could be stripped down and sung around a campfire.

The first single is “Quitting You”, a brand new song inspired by this project. Instead of our usual Q&A (as we’ve done previously with Arkells), we’ve got a little clip from frontman Max Kerman telling you to check it out right here on FTS. So if you missed it on our socials, here’s a word from Max.

Now, here’s the latest single, “Quitting You”, with a video shot entirely on Max’s iPhone in just one take. Give it a watch, then go check out the full Campfire Chords album.