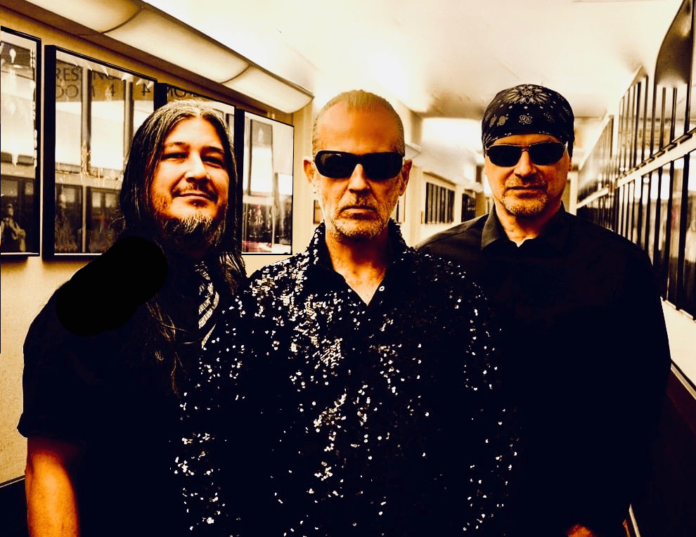 “We can dance if we want to, we can leave your friends behind…” You’re singing the rest of that now, aren’t you? It’s one of the most well-known songs ever, and now the band behind it is back with a new collection of songs. Men Without Hats are set to release a collection of covers called Again (Part 1), including the lead-off track, “No Friends of Mine” – a stripped-down re-imagining of their iconic single, “The Safety Dance”. We caught up with Ivan Doroschuck to chat about the new release, what it’s like to have created a cultural phenomenon, and the band’s most memorable show.

From The Strait: Tell us about Again (Part 1), and “No Friends of Mine” – what made you want to revisit these songs?

Men Without Hats: I wanted to show the musical influence of having been a teenager in the ’70s, as well as pay tribute to a great Canadian band and singer (The Tragically Hip), while also providing the soundtrack for an imaginary return to the Safety Dance village of West Kington 40 years later.

FTS: “The Safety Dance” has long been a cultural phenomenon – so widely known and beloved, and still referenced on TV and movies nearly 40 years later. What does it feel like to be the band behind a juggernaut like that?

Men Without Hats: The song is so much bigger than me, that sometimes I feel like I’m in a travelling museum going around the world presenting this historical artefact that brings incredible joy to people.

Men Without Hats: Roxy Music, Bowie, Pink Floyd, Abba, Genesis. I was also front and center for the Disco movement, and I’ve always said that Disco + Progressive Keyboard Rock = New Wave. These days I like to go back and virtual crate dig for bands I missed when I was growing up.

FTS: Since the band started in 1978, what would you say is the biggest change in Canadian music over that time?

Men Without Hats: I don’t really think there’s been that much of a change. Although the industry itself has gone through a complete makeover, Canada is still this huge beautiful country with a lot of different voices, but just as difficult to navigate as it’s always been. For example, Quebec is still an island with its own entertainment star system, like a mini Bollywood, that the rest of Canada doesn’t even know exists.

FTS: What’s the most memorable (or weirdest) live show you’ve ever played?

Men Without Hats: Two nights at the Ontario Place Forum in the early ’80s, just around the time when Safety Dance was starting to take off. We were trying to outdo our own attendance record of about a thousand people, and over 3000 fans showed up for soundcheck on the first day. The concert ended in near chaos, with St.John’s Ambulance officers lining the front of the stage rescuing fans who were getting crushed by pulling them up to safety. We set a new record for the Forum that lasted a couple of years and made the front page of the newspapers the next morning.

Check out the new single from Men Without Hats’ Again (Part 1) – “No Friends of Mine”!