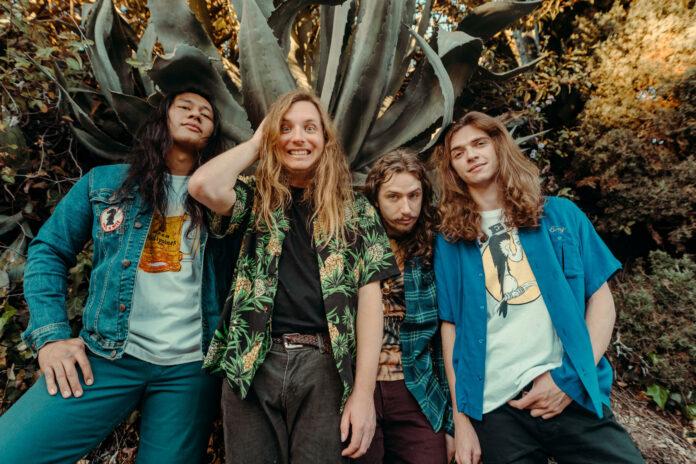 Hailing from Los Angeles, Wavy Trees is a garage punk band creating stellar songs with serious energy and edge. The best way to describe them? “If Wayne’s World and Bill & Ted’s Excellent Adventure collided in an alternate reality House party, Wavy Trees would be the band playing in the backyard.” Accurate. They’ve just released their latest track “Hypocrite”, which a testament to the frustrations of losing a relationship, and a new video to go with it.

“‘Hypocrite’ is an anthem for those who were left behind by a lover. It’s about being sick of wasting your love on someone! When you love someone so much that even when they leave you, you still want them to take you with them when they go,” says Zack Smith, Wavy Trees’ lead vocalist. “It’s also the acceptance of losing someone. At the end of the day we all have that hypocritical side of us that wants things that aren’t the best for us.”

This song is some great garage-y indie rock with a bit of a 90s throwback sound, in the best way possible. If you listen closely, you can almost hear a Pixies vibe, especially in the catchy-as-hell chorus. Seriously looking forward to seeing what else these guys put out, because this song has all the elements of a hit rock track. It’s memorable, it has solid melodies, but it’s still a rock song. And the video is just as entertaining as the song, so be sure to give that a watch!

Check out “Hypocrite” by Wavy Trees on your favourite streaming platform: