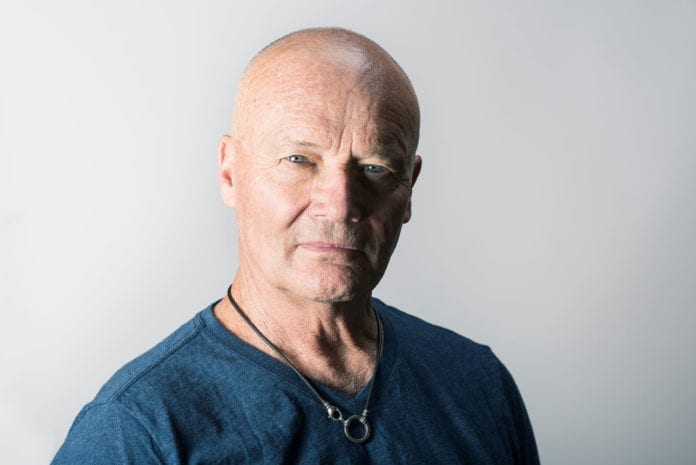 If you’ve ever watched The Office, you know Creed Bratton. And if you’re like us, you love Creed Bratton. You also may know that Creed is a longtime musician with an impressive catalogue. He’s recently released his latest single, “Chan Chu Toad”, so we had a quick chat with Creed to learn about the song, his upcoming album, his favourite character from The Office, and how he’s been keeping busy during lockdown.

From The Strait: What can we expect from your upcoming album, Slightly Altered?

Creed Bratton: My ninth studio album slightly altered has me performing with three of my favorite bands: Jack Shit, Mojo Monkeys and the Echoes in the Canyon Band.

It’s more up-tempo than my fans have heard from me in a while and I’m very pleased with how it turned out.

FTS: Tell us about your new single, “Chan Chu Toad” – what inspired it?

Creed: I have a Chan Chu Toad in my front room. He’s become a friend and I call him “Chewy”. He’s there to help with the feng shui. I also play Guzheng on that song.

FTS: When you were on The Office, how receptive were the producers when it came to incorporating your music into the show? Though your songs were included in the finale and “A Benihana Christmas”, were there other opportunities to add your songs?

Creed: Yes, I played a blues solo on a deleted scene from the booze Cruise episode.

FTS: This is a two-parter – who would you say is your favourite character from The Office, and who would be Creed Bratton the character’s favourite?

Creed: Creed and Creed. What can I say, I’m very self-centered.

Creed: Since I can’t tour at the moment I’m doing a lot of reading and exercise. I just booked a voiceover for a video game. It’s possible I may do more in the future while we’re in lockdown.