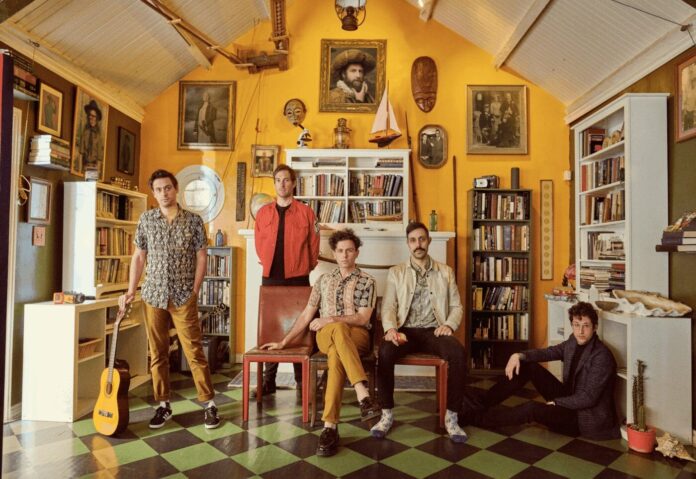 Last month, Canada’s most in-demand live band dropped their latest single, “Years In The Making” – Arkells‘ first release since JUNO award winning “Rally Cry”. We had a chat with frontman Max Kerman about the feeling when packed stadiums sing along to their songs, his top cover songs, and the Arkells’ evolution.

From The Strait: When it comes to a live show, Arkells are the best in the business. What’s it like to hear an entire packed stadium singing along to every song? Not just the hits, but the deep cuts too!

Max Kerman: Hey thanks! Yea hearing a crowd – big or small – sing along to something you wrote in your living room is pretty amazing. One of the best parts of the job. I think we’ve always felt really lucky that Arkells fans dive into the records, top to bottom. It doesn’t seem to matter if it’s a radio single or a deep cut, the sing-a-longs happen throughout the show.

FTS: What’s the weirdest question you’ve ever been asked in an interview?

Max Kerman: I have a bad memory for this kind of question. Usually something like “if you were any animal, which would you be?”. And I still don’t have a good answer.

FTS: From Charlemagne (the first iteration of the band) in the beginning to Arkells now, what’s been the biggest change in the evolution of the band?

Max Kerman: I don’t think we’ve changed as much as we’ve added. At our core we’re still 5 guys playing rocknroll, and that’s how the band started and that’s what we’ll always be. I just think we’ve really expanded our interests and inspirations. When Charlemagne started there was a handful of influences that shaped the way we write songs and perform. But every year we add another 10-12 new things that get us excited, so you do the math and there are dozens if not hundreds of artists that inform the way we think about Arkells.

FTS: Arkells have a great catalog of covers – you make them look so easy! If you were curating a record of covers-only, what are your first three picks?

Check out the video for Arkells’ latest single, “Years in the Making”!