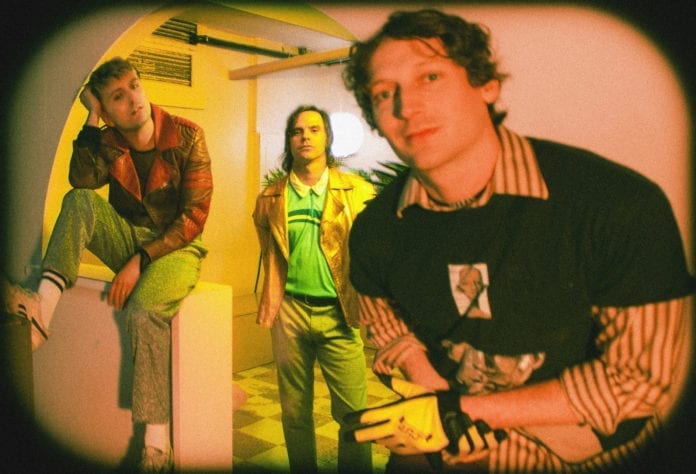 The Zolas are back, with a bit of a new musical direction – their upcoming album, Come Back to Life is full of nostalgic vibes and BritPop sounds. With the release of the album’s lead-off single “Energy Czar”, we chatted with the band about what fans can expect from the new record, their most memorable show, and their deserted island album picks.

From The Strait: What can fans expect from your upcoming album, Come Back to Life?

The Zolas: We were listening nonstop to the Trainspotting and Romeo + Juliet soundtracks for a period and we wanted to make the 21st century heir to those compilations. What does it feel to be alive in 2020? This album is a mixtape of conversations we’ve all been involved in over the last few years.

FTS: With touring and live shows being put on hold right now, artists are creating more than ever. How have you been passing the time these days?

The Zolas: Well as fate would have it we have some music ready so we’ve started releasing songs. We’ll drop a track every month for the forseeable future.

FTS: Speaking of live shows, what’s the most memorable (or even weirdest) show you’ve ever played?

The Zolas: Maybe New Years Eve 2017 in St John, New Brunswick. Every other sane city had cancelled their outdoor bash due to polar temperatures and we thought for sure St John would do the same and we’d get a cheque for drinking bubbles in the hotel. We miscalculated St John’s tenacity the result was us putting on every item of clothing we brought and ringing in the New Year at -30 celsius. All our digital gear froze and started glitching. Nobody could feel their hands. During the 2nd song Cody kicked over his beer but none spilled because it was already ice.

FTS: If you were stranded on a desert island and could only have 5 albums with you, what would they be?

The Zolas:
1 Trainspotting Soundtrack
2 Romeo + Juliet Soundtrack (both cds please)
3 No Love Deep Web by Death Grips
4 Original Rockers by Augustus Pablo
5 Disintegration by The Cure
6 The Epic by Kamasi Washington (bc I’ll have to get into jazz eventually)

Check out the latest single from The Zolas, “Energy Czar”!