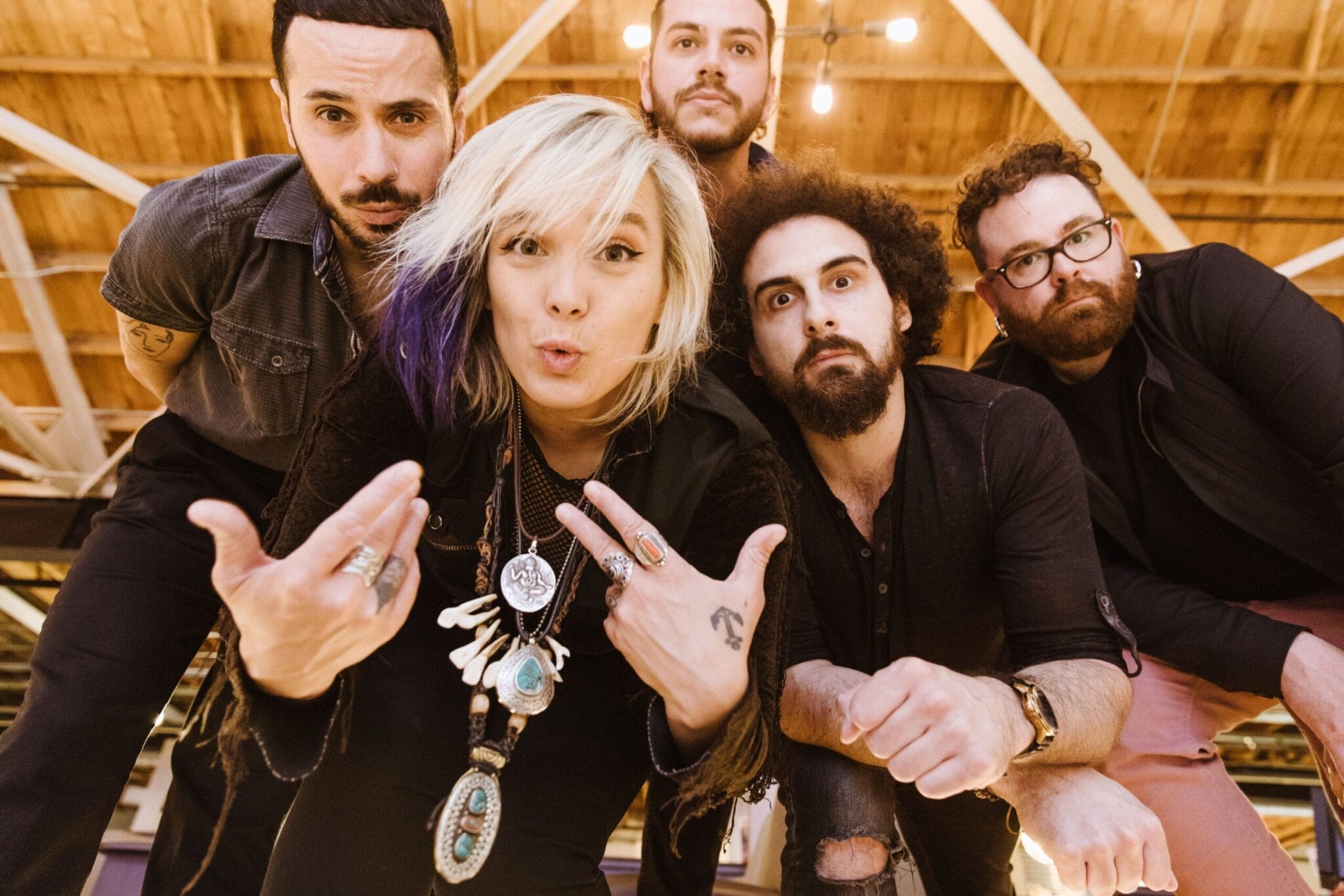 Leading up to their much-anticipated new album, The Mandevilles have just released a second single from the forthcoming record. We caught up with Serena Pryne, frontwoman and Queen of Vocal Badassery (yeah, I made that up – but it fits) to chat about “You Feel Like Nothing”, musical influences, and each band member’s superpower.

From The Strait: Tell us about the new single “You Feel Like Nothing” – what was the inspiration?

The Mandevilles: This song is inspired by my own life, with the death of a relationship, and what happens afterwards… If the person who broke up with you and tore your heart out comes back into your life, wanting to start over again.The recording and production really brought this song to life, we messed around with sounds, vocal effects and tempos until it felt right. Initially we were really getting 80s “Police” vibes, but it’s morphed into it’s own thing now I think.

The Mandevilles: It used to be all Beatles and Zeppelin all the time, and frankly it still is (for Serena anyway). From the songwriting perspective, Tom Petty is a huge influence since he’s a bloody genius as is Scott Hutchison from Frightened Rabbit. Simple memorable melodies and powerful lyrics. We love Post Malone and Dua Lipa, she’s dope. Sonically, Tame Impala and LCD Soundsystem are definitely influential, but we’ll always be slaves to our roots, classic rock and 90s alternative.

FTS: If you could play a show with three other bands (with The Mandevilles headlining, of course), who would you love to play with?

The Mandevilles: Haha hmmmm. We would freaking die to play with Biffy Clyro, or Drive-By Truckers. I also think we would be a good fit with Silversun Pickups, take us on tour with you!  **wink wink**

FTS: In your opinion, what sets you guys apart as a band? How do you manage to stand out?

The Mandevilles: We’ve always been a band that follows our hearts and guts. We don’t like to second guess anything, most of the time our initial instinct is the right move. We also don’t give a flying fuck what people think, but please like us.

FTS: If each band member had a superpower, what would it be?

Check out The Mandevilles new single, “You Feel Like Nothing”!