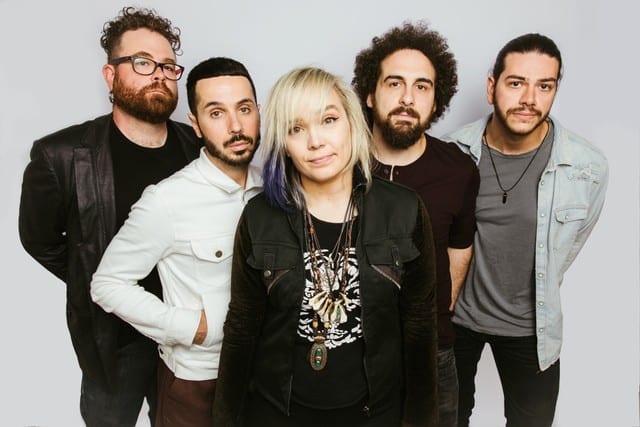 Niagara’s favourite rock ‘n rollers The Mandevilles have been keeping busy since releasing their last record, Windows and Stones. More than five years later, they’re making their return with a brand new upcoming album and a video for their lead-off single, “Junkie”. We caught up with the band to chat about their new music, most memorable gigs, and the band’s evolution between albums.

From The Strait: It’s been over 5 years since the last record – tell us about the band’s evolution in that time, and how the process of making music and writing songs has changed for you guys.

The Mandevilles: Yeah the longest 5 years ever… we lost a guy, gained a new guy, Dan Risi, and have become more comfortable in our skin than ever before. Songwriting doesn’t always come easy. There was a period of writer’s block or whatever you wanna call it, then another phase where we hated everything we wrote, and finally in the last two years…. songs! Songs we actually dug and fell in love with. And then finally in the past year we’ve been tracking those songs and molding them into an album. It’s been a lengthy process but it feels like the most honest stuff we’ve done yet.

FTS: The new single “Junkie” is a killer rock tune – what else can we expect on the new album?

The Mandevilles: Thank you! We dig it. The album definitely has rock songs on it, but it also dives into some jams and psychedelic sounds that we hadn’t explored in the past (“Bleed Me Out”, “Sky High in Austin”). There’s a couple of folkier songs in there too, “Sad Talk” and “Fading Colors in The Northern Lights”, and a few mid-tempo bangers (“Wasn’t Always”).

FTS: What’s the weirdest/ most memorable gig you’ve ever played?

The Mandevilles: We opened for Ted Nugent in Corpus Christi once. He was super nice and also a complete maniac. He had fully loaded machine guns and all sorts of military weapons on stage. In the middle of the set a plywood Osama Bin Laden flew across the stage and he repeatedly shot it with a bow and arrow. It was the most “Nuge” thing he could’ve done. People don’t forget!

FTS: Describe each band member in three words or less.

FTS: If you guys could do a collaboration with any artist or band, dead or alive, who would it be and why?

The Mandevilles: A kickass collaboration of the song “Ride Like The Wind” performed by The Mandevilles feat. Christopher Cross, Michael McDonald, and Phil Anselmo. We’re stuck in self quarantine, why not?

Check out the video for The Mandevilles’ latest single, “Junkie”!