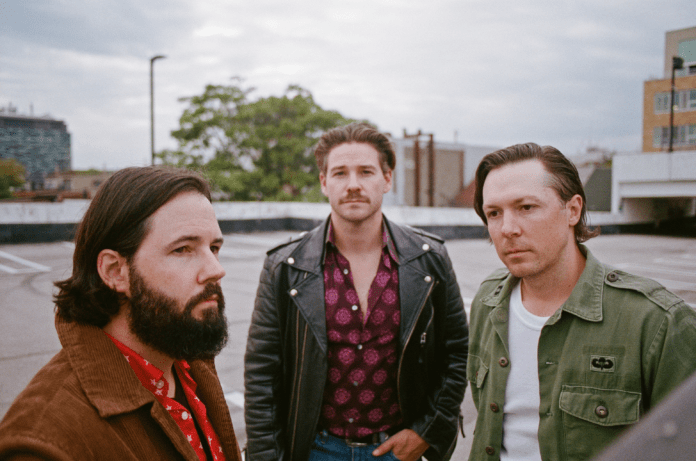 No strangers to success, The Man Who has been catching positive attention from critics and fans alike, since their debut in 2017. They’ve just released their latest single, “Money”, and we caught up with the band to discuss the song, how they’d describe their own sound, and under-the-radar artists who deserve recognition.

From the Strait: Tell us about the new single, “Money”.

The Man Who: We started writing ‘Money’ in Cleveland Ohio, Feb 2020 with some friends from the band “Welshly Arms”. They invited us down to their studio just outside the city, situated in an old farm house. We were there for a few days and started a hand full of ideas but ‘Money’ just stood out. We had written the first verse and chorus and brought it home to finish. When the pandemic hit we put our creative process on pause and just kinda watched the world implode. By the time we were ready to buckle down to finish the song it was in May/June of 2020. There were protests happening all across North America and it kinda gave us a new perspective on what the song could be. I wouldn’t call it a protest song, but its meant to acknowledge that the root of most injustices start with greed. At the end of the day money tends to be the divide in our society, it creates power for some and the means people will go too, to protect it. It has a trickle down effect and not everyone gets to play by the same rules.

FTS: How would you describe your sound to anyone who hasn’t heard your music before?

The Man Who: We tend to write 2 types of songs, anthemic songs or party songs. “Money” would be anthemic, ‘Give Me Something’ or ‘Rio Grande’ off our first Ep would be our party tunes.

The Man Who: We all listened to different artists growing up from The Beatles, Bill Withers, Fleetwood Mac to Nine Inch Nails, Queens of the Stone Age & Nirvana. I think those types of bands got us inspired to learn how to play, we still listen to all that but we’re always checking what’s new. It helps inspire us where to go next with our music.

The Man Who: I’ve been listening to Ghostland Observatory a lot lately, check out “Sometimes”. Its kinda in the vocal and synth vibes of MGMT but also has touches of low-fi Glass Animals production.

FTS: What’s next for The Man Who?

The Man Who:  We’ve seen a few show offers rolling in for the summer of 2022. We’re very excited to have “Money” get out there and going to support it with some live shows.

Check out “Money”, the latest single from The Man Who!