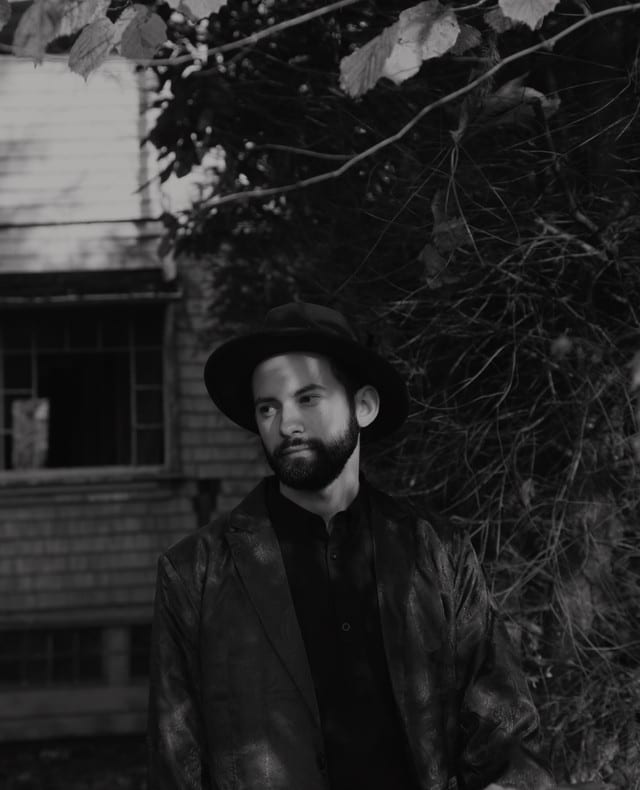 Taylor Curtis’ story is certainly an interesting one – a lung collapse, resulting surgery and recovery that included vocal lessons, earning his B.A. in English and Creative Writing and grappling with the decision to make a career of music or writing. The B.C. native decided to do both.

With the release of his debut single “The Good Word”, we caught up with Taylor to discuss his career, his sound, and the themes of his music.

From The Strait: As a musical storyteller & poet, do you consider yourself more of a writer or a musician?

Taylor Curtis: That’s a really tough question. I was a musician first, so I think that’s where more of my loyalty lies. The writing came shortly after I picked up a guitar though, so the two labels feel married in a sense. My answer might change depending on the day you ask, but I’ll stick with musician for now.

FTS: Describe your sound for those who haven’t heard your music yet.

TC: Well, I grew up on grunge (Soundgarden, namely) and I love rock music and its many subgenres, with a little bit of pop thrown in there as well. My sound is a moody lovechild of my influences, kind of like if The Strokes, Arctic Monkeys, and Radiohead were forced to live together in a space shuttle without a destination.

FTS: Your songs explore topics of nagging existential dread and failed relationships. Do you hope that listeners take their own meaning from each song, or hear them for their intended themes?

TC: I don’t think it matters to me either way, as long as some kind of meaning is taken away in the end. It’s funny because I often find that as time passes, what the songs mean to me differ from what I originally intended. I’m not really hoping for some profound takeaway. Even if it’s only one line that resonates with someone and nothing else, that’s fine too. I’ve always loved feeling connected to lyrics in my own way, so I think what I really hope for is something similar to that–a personal connection.

FTS: If you could play a show with any band (any genre, living or dead), what band would it be?

TC: I’m trying to think of a band I could play alongside without developing a strong case of imposter syndrome, and I don’t think it’s possible. I’ll cast my self-doubt aside for now and go with my favourite band, Radiohead. I love their music as much as I love the economy of the band itself. Everyone just seems to do exactly what the music needs, like they’re working for the song and nothing else.