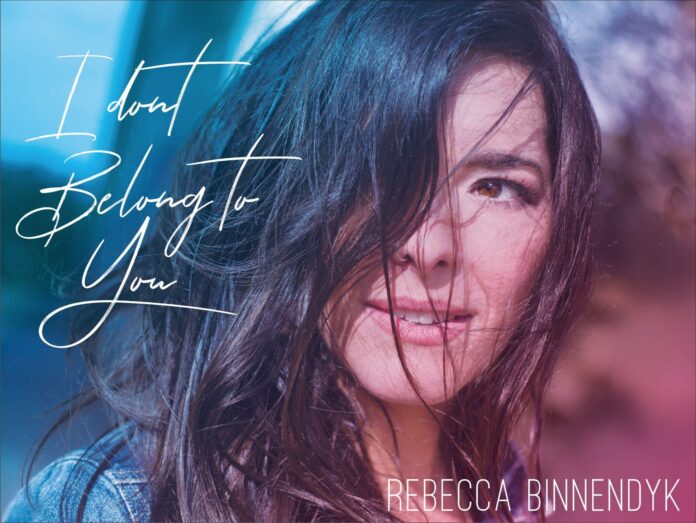 Rebecca Binnendyk is using her voice to create change for the greater good. The Waterloo singer-songwriter has paired the release of her new album I Don’t Belong To You (and the title-track single, respectively) with an important cause. On Oct 3rd she’ll be live-streaming a concert, with 20% of ticket sales being donated to Plan Canada and their fight to end child marriage and Female Genital Mutilation around the world.

We caught up with Rebecca to learn more about the show, the cause, and her new album.

From The Strait: “I Don’t Belong To You” is the title track to your new album. Tell us about the song, and why you feel it sets the tone for the whole album.

Rebecca Binnendyk: This song is a reminder to myself that I have a voice that is worthy of being heard. That my mind, body and thoughts are valid and that I have a right to stand up for what I want in my life. It’s for every woman who’s been taken advantage of, demoralized or oppressed and wished she’d spoken up. In the song, I want to acknowledge the inequality in the world, but also give hope to girls and women that within us we have the power to make our own decisions, and in doing so, we will find freedom.

FTS: How would you describe your sound?

RB: Contemporary Pop with an edge of jazz just to keep it interesting. I’m influenced by classic great song writers  like Joni Mitchell and Leonard Cohen but I love listening to modern pop like Meghan Trainor, Ed Sheeran, Pink, Taylor Swift and so many other new up and coming amazing artists. I like artists who have a mission and whose songs tell a story or have a clear, strong message.

FTS: What is the #DefyNormal concert, and how did you partner with Plan Canada?

RB: Defy Normal Concert is a benefit concert initiative that I put together to help end FGM and child marriages. After working in Uganda, hearing first hand stories and knowing what these girls go through, I wanted to help. Plan International will match all donations 4 and 5x so I thought if I could do a concert for fans all over the world AND raise money, everything then had a purpose for me. Normal for girls in Africa is that they are eligible to marry when they have their first period. They are married off to anyone who can afford them. Many die from childbirth complications due to lack of medical supplies and education. 2.9 million girls are still cut before they reach puberty because of old cultural traditions that deem women inferior and unequal to men, the belief that women shouldn’t experience sexual pleasure and a lack of education on the dangers and risks of the practice itself. For these reasons,  I want to DEFY what has become normal for these girls and define a new normal – one that respects, gives them back their freedom and enables them to reach their potential.

FTS: Last but not least, what’s next for you, musically?

RB: In November, I will be traveling to China to release the album with 2 concerts. I will continue to use my music platform as a tool to give girls back their voice and I don’t know exactly what that looks like but I trust that something great will come next. In the near future I hope to return to Africa to do more hands on work in the fields of education, sexual health and empowering women. I will continue song writing and hope that I will meet more people who want to collaborate and write great music. I also hope to do a music video for “I Don’t Belong To You” in the near future to help raise awareness and continue the work I’ve started.

Check out Rebecca’s new single, the title track of her album I Don’t Belong To You!

And listen to the full album on Spotify, SoundCloud, and all streaming platforms.