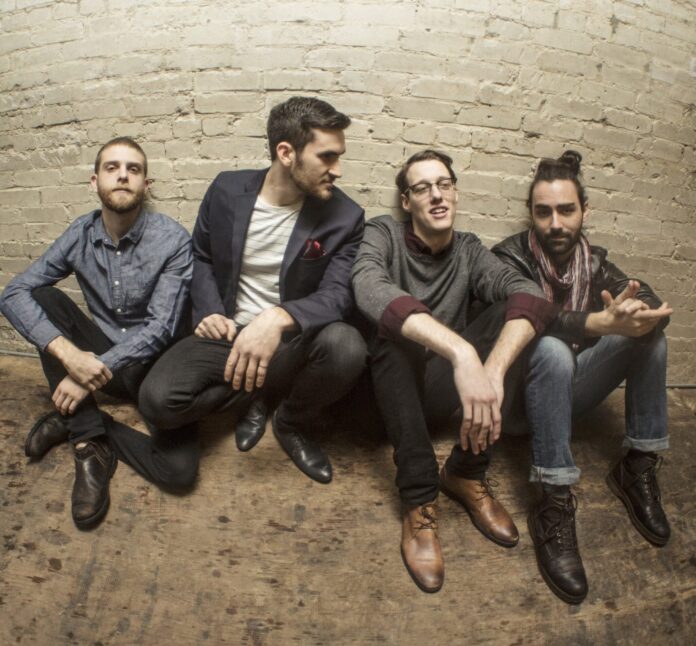 Of Gentlemen & Cowards are back with more of their optimistic, well-crafted modern indie rock – the Toronto band’s latest single “Don’t Say” is a song about endings, and the choice between leaving or staying stuck in a strained relationship. We caught up with the band to chat about their sound, their influences, and their desert island albums.

From The Strait: How would you describe your sound to someone who has never heard your music before?

Of Gentlemen & Cowards: Two full scoops of Modern Rock with loud guitars and smashing drums, we don’t skimp on the melody either. Delivered fast and fresh in under 4 mins or it’s free.

FTS: Which bands and musicians would you say have influenced you the most?

OG&C: Our friend and producer John-Angus MacDonald and his band The Trews have had a huge impact on our writing and the direction of our sound over the past year or so. He really allowed us to focus in on what we wanted to sound like. We’ve always felt like we had to over-analyze ourselves, and he really stripped all that away and got us to just play. Besides John-Angus, there have been a ton of bands who have really impacted us, including The Arkells, Catfish & the Bottlemen, and Alabama Shakes.

FTS: If you were stranded on an island, which 3 albums would you want with you?

FTS: What’s next for Of Gentlemen & Cowards?

OG&C: Right now, we are really excited about our new music and can’t wait to show everybody!