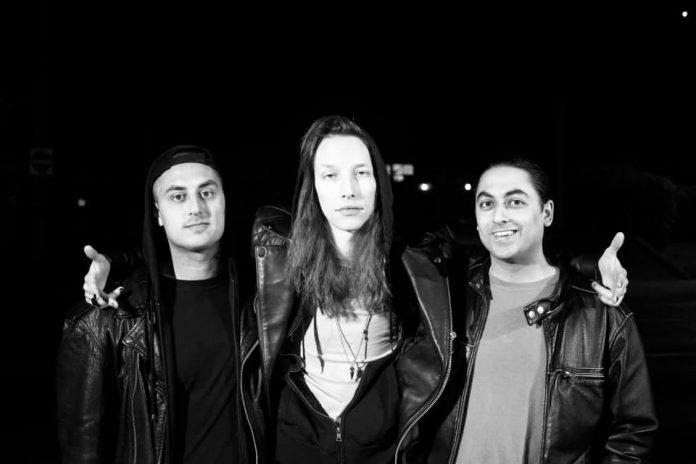 Toronto-based band Pink Leather Jackets are back with a brand new single, “Downtown Livin'” – a killer fast-paced rock tune. We caught up with them to chat about the albums that helped them get through these odd times, each band member’s superhero alter ego, and what’s next for the band.

From The Strait: Tell us about the new single, “Downtown Livin'”.

Pink Leather Jackets: It’s inspired by bad luck being stacked on top of bad luck and not being able to catch up or catch a break. Chris initially wrote the song atop his frameless bed mattress in Toronto back in 2019, but with all the blows of the last two years the song rings fresh as ever.

The band along with producer Aaron Verdonk & Calvin Hartwick brought the heaviness and melancholy to life at Dreamhouse Studios. Mixed by Dave Schiffman and mastered by João Carvalho.

FTS: How would you describe your band to someone who hasn’t heard of you yet?

Pink Leather Jackets: Imagine if Cheap Trick hit the stage on the eighth night of a week long bender and grew up listening to nothing but Rancid, The Ramones, and Sam Cooke.

FTS: It’s been a strange two years for pretty much everyone. What are some albums that have helped get you through it all?

Nathan’s picks – Tickets To My Downfall by MGK, That’s The Spirit by Bring Me The Horizon, Low Teens by Every Time I Die
Steve’s picks – The Brown Carpet Theory by Ky Anto

FTS: If all of the members of Pink Leather Jackets were superheroes, what would each of their superpowers be?

Pink Leather Jackets: I’ve always thought that if we were the teenage mutant ninja turtles Chris would be Leonardo, Nathan would be Donatello, Steve would be Raphael, and Jordan would be Michaelangelo.

FTS: What’s next for you guys? World domination?

Pink Leather Jackets: Next year we’re opening up for Stereos on some of their southern Ontario tour dates! That plus a ton of more gigging and more new music!!!