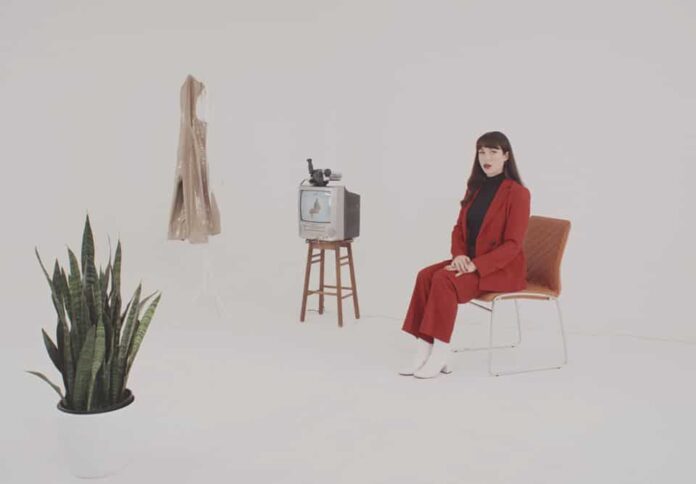 Hailing from Edmonton, Cayley Thomas is a singer, songwriter & guitarist who recently released her new single “Midnight Hours”, from her upcoming album How Else Can I Tell You?. We had a quick Q&A with Cayley about the single, her dream festival bill, and how she got her start a musician.

From The Strait: Tell us about your latest single “Midnight Hours”

Cayley Thomas: The title itself has several connotations for me.

The ‘Midnight Hours’ can be a self destructive time of night. Or alternately ‘Midnight Hours’ can represent a time of solitude and reflection. The quiet interval between dusk and dawn when we are forced to meet ourselves… where some uncomfortable discoveries may be waiting. Ultimately, it is a song of compassion and forgiveness. It urges the listener to try and befriend the more challenging parts of themselves.

‘Midnight Hours’ is perfect for a late night drive. Or an introspective walk with your headphones in.

FTS: If you were curating a music festival (where you were the headliner, of course), what other bands would you want on the bill?

Cayley: Well it would be an all day festival… and this festival would take place in the 1970’s.

Carole King would be there playing songs off of her 1971 album ‘Tapestry.’ And then George Harrison and I would probably do a duet off of ‘All Things Must Pass.’ From there Donna Summers would appear to liven things up with her song ‘I Feel Love’ and then the band would transition into Nicolette Larson’s ‘A Lotta Love’ and Nicolette would appear. And then the Kinks would probably play. Followed by Thin Lizzie. Followed by T-Rex playing songs from The Slider. And then the night would end with The Supremes. (Even though they didn’t really play past 1970 – we can just roll with it.)

FTS: How did you get started as a musician? Did you always know you wanted to make music, or did you have other future career plans when you were young?

Cayley: I have been singing and performing since I was a little kid. The video for ‘Midnight Hours actually features real home video footage of my first public performance at age five. youtube.com/watch?v=8KJzWeoRlJ0 (As seen here at 2:25) My mom proudly recounts a story from that day during which someone asked me if I was nervous, to which I replied in earnest – ‘what’s nervous?’

I also have a BFA in Acting and have been pursuing both acting and music in a professional capacity for over a decade. That said, I first began writing my own original music after my brother passed away in 2012. It had never really occurred to me to create my own body of work until I was faced with a very difficult situation. Writing allowed me to better process, share and honour my grief at that time. Fast forward seven years and here I am – still writing, creating and reflecting on my present day experience.

FTS: Describe your sound in 5 words.

Cayley: If I had to describe Midnight Hours in five words it would be ‘hypnotic genre-bending spacious melancholy.’