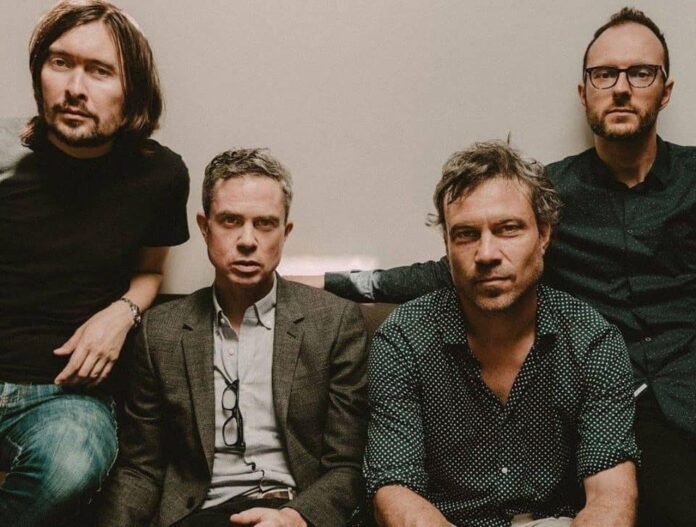 Toronto band Bankruptcy is a project formed by Rob Benvie of Thrush Hermit, along with members of The Dears and Meligrove Band. They’ve recently released a new single, “Computers Make The Drinks” and an album of the same name. We caught up with bassist Michael Small to chat about how the band formed, dream lineups, and favourite venues.

From The Strait: Coming from other great indie rock bands (Thrush Hermit, The Dears, and Meligrove Band, respectively), how did this particular band get together to form Bankruptcy?

Michael Small: I feel like I have this right: Jeff and Rob played together in the Dears. I guess they liked each other enough to still wanna play together. Wayne was Thrush Hermit’s touring guitar tech, tour manager, etc. so he knows all of Rob’s guitar secrets. Maybe he’s the one who taught him those secrets. As for me, I have no idea where they found me. Meligroves did open a few shows for the Hermit over the years, but that just makes me one in a very long line of forgotten regional jabronis. I think my friend Carla suggested me, and I’m glad it happened. Carla rules!

FTS: What other bands would share the stage with you in your dream lineup?

Michael Small: Several hugely popular bands who we are way better than. I’ve got a business to run.

FTS: If you weren’t making music, what would you be doing right now?

FTS: Do you prefer playing hometown shows, or shows in other areas?

Michael Small: My home town is Mississauga, so I think you know the answer to that.

Michael Small: These days, anyplace with a mosh barricade. Those feedback sounds in “Computers Make the Drinks” have been unleashing something in our crowds lately. And that’s fine, I’m into it, but I just get nervous about strangers’ Crocs near my Metal Zone.