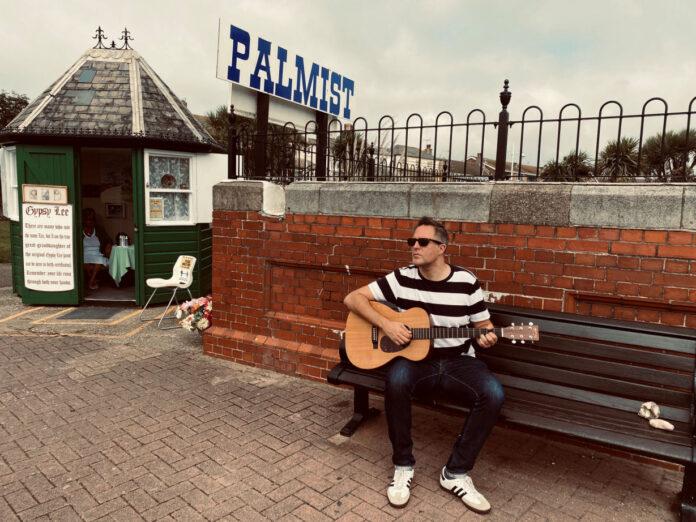 Indie singer-songwriter James Hobbs started Echo Coast as a creative musical project, giving him a way to further experiment with his songwriting and share inspiration from life in a sleepy town on the South Coast of England. It wasn’t long before he gained some attention, and was a BBC Introducing artist with his previous single, “Easy Way of Livin'”.

James has just released his latest Echo Coast single, “Symphony of Sound”. This one is an upbeat indie track with “sun-kissed melodies and some darker tones“. The energy hits as soon as the song starts, and you can’t help but bop your head along with it. The chorus is insanely catchy, with lyrics that will stay stuck in your head and have you singing along:

If you’re not flat-out dancing around your living room by the end of this, give it another listen. We think this song would make a great addition to anyone’s summer playlist.

“ (Symphony of Sound) is a metaphor for life’s ups and downs and also what with lockdown coming to an end we can enjoy live concerts again which is certainly a reason for celebration,” says James Hobbs. “Symphony has a number of meanings but I will leave it down to the listener to form their own interpretation. It’s a bit different than my last release a little on the sunnier side I guess I was feeling a bit giddy with the heatwave.”

Stream “Symphony of Sound” by Echo Coast on your preferred streaming platform!