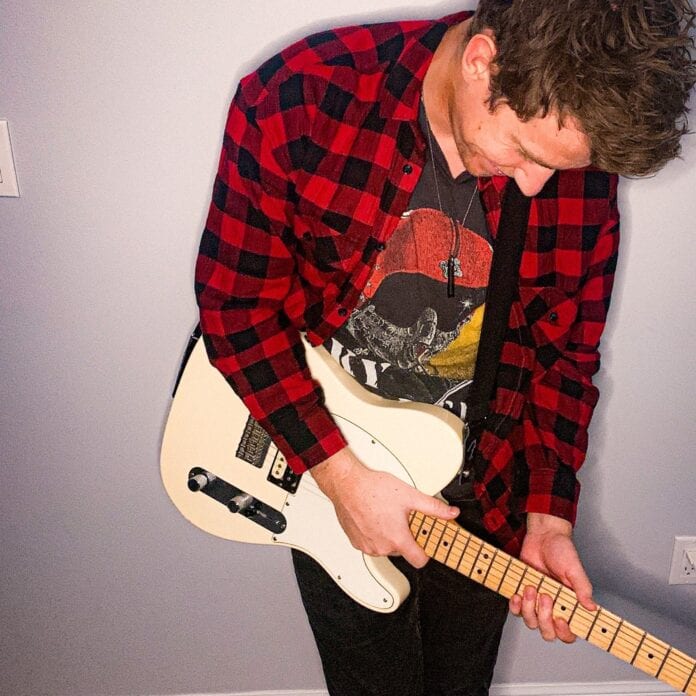 We have a bunch of new features and fun stuff comin’ down the pipeline here on FTS, including a new series that focuses on singles old and new that caught our ears and made us wanna share. So, Stop Me If You’ve Heard This One… it’s “Survive Myself” by Evan Blair.

Evan Blair is a Toronto artist, known for songwriting and producing acts like Nessa Barrett, K.Flay, Tessa Violet, Dreamers, etc. But aside from working behind the scenes with other artists, he’s also a pretty damn stellar alt rock musician. His latest single, “Survive Myself” was written and produced entirely by Evan, and the tune is about the time in his life before he got sober.

“It’s very personal and feels like a really important release for me, cathartically,” Evan says. “I wanted to make a song about something heavy that was fun to listen to and didn’t paint a grim picture. Now that I’m 3.5 years sober I can sing and write about these topics freely. That being said, this song can be for anyone who isn’t treating themselves as well as they could. I think we all do that sometimes.”

Musically, he did exactly what he set out to do. It’s a fun, light-hearted song with a serious subject. There’s a bit of a throwback indie feel to it, which I like a lot, and the melody of the chorus is one that sticks to you and doesn’t let go. The pop-rock sensibilities make it the kind of song that can appeal to just about anyone, in the best way possible.

Check out “Survive Myself” by Evan Blair on your preferred streaming platform below!