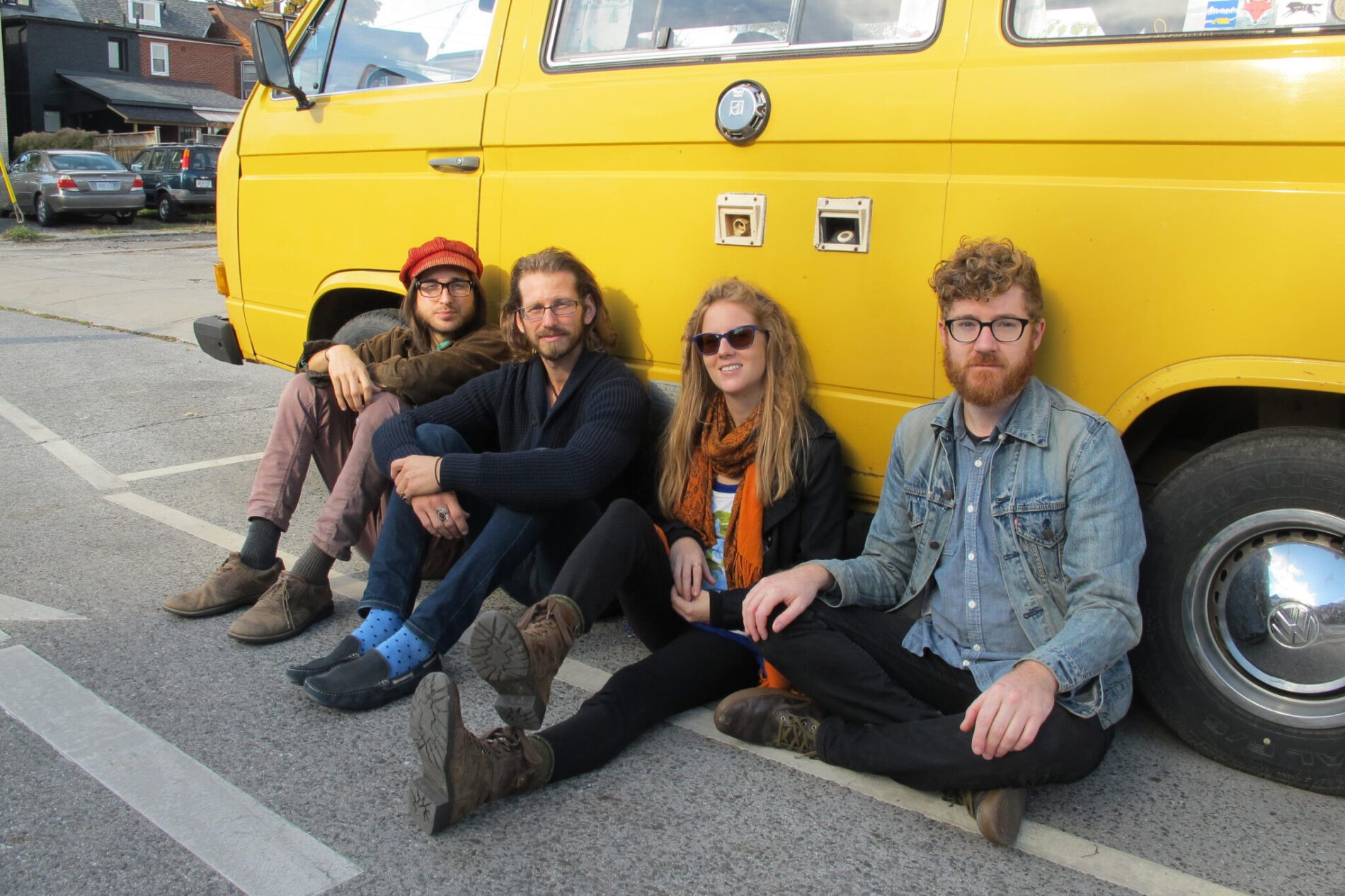 Toronto four-piece Zuffalo just released their brand new album, Birdbrain. It features the indie rock blues-tinged leadoff single “Can You Run Out?”, alongside eight other genre-spanning tracks that are sure to impress. We caught up with the band to talk about the new music, what sets them apart, and the one question they wish an interviewer would ask.

From The Strait: Tell us about the new single “Can You Run Out?”

Zuffalo: “Can You Run Out?” written by Sean Steele (Guitar, Vocals) during lockdown, is about longing for human connection. It was particularly inspired by John Lennon’s 1974 record Walls and Bridges.

We were setting up to record a song of Sean’s called “Time is a Flat Circle,” when on a break, Sean played a demo of “Can You Run Out?” off of his phone to our producer/engineer Mackenzie Jordan. Mikey walked by overhearing and stopped in his tracks. “What’s that?!? We should record that!” So we immediately went to “Can You Run Out”, without any rehearsal, and ended up recording “Time is a Flat Circle” later on as a live video at the end of the recording week. The acoustic guitar and bongos really glue everything together, with the acoustic sounding especially interesting because it was recorded into a cardboard box with a microphone inside.

FTS: You’ve just released your new album, Birdbrain – how did that come together?

Zuffalo: We recorded everything live off the floor at a barn in Baden, ON in the countryside outside of Kitchener. There were beautiful sunsets, amazing meteor showers, and the peacefulness of nature all around to inspire us.

From the wood of the studio space, to the acoustic piano, vintage gear like the Fender Rhodes and Hammond B3, roomy drum sound, tube amps and acoustic guitars, we want the music to breath with warmth like many of our favourite albums. Although we record digitally, there is a desire to emulate some of the warm acoustic qualities of tape, and by recording live off the floor we hope to capture the feeling of the room as we all played together. We also do not use Auto-tune and use editing as minimally as we can.

The name Zuffalo comes from the lost Italian word “zufolo”, which was a flute said to have been used to train birds. So we include birds in our artwork, and the story behind the name Zuffalo influenced us to choose BIRDBRAIN as the title of the new album. Birds seem to be a theme in our lyrics and art and we even joke about being the second biggest Bird-Rock band – second only to the Yardbirds.

Mackenzie Jordan engineered for us the whole week and also mixed the album, but he also ended up being a special guest guitar player on every song.

FTS: What sets Zuffalo apart as a band?

Zuffalo: Well if you want to know more about why we think we are a Bird-Rock band, we hear bird-like sounds in the sometimes-squawking guitars, the bobbing beats, and we generally just picture a strutting bird when we write and play our music. It all lines up.

Our live concerts are where we shine. No two concerts are the same. We think of our recorded songs differently to how we play them live, and often extend sections. We like to keep the audience surprised and engaged. Our audience is just as important as the band, and we definitely feed off of the energy that the audience is giving us. The energy is usually good, because we like to bring our Zuffalonians on the road with us! From what our friends and Zuffalonians have told us, the audience experience at a show is welcoming, festive, and the dancing is a hugely important part of the whole sub-culture of the scene.

We have three singers and songwriters, which brings about our eclectic stylings. All of the instruments communicate with each other and finish each other’s sentences. We all have the same birdbrain. Musically, we focus on danceable music, and we’re not afraid to meld our sense of humour with our music.

FTS: What question do you wish an interviewer would ask you? (And what would be your answer?)

Zuffalo:
Q: Are you a Jam-Band and what does being a Jam-Band mean to you?

A: We think the term jam band can be misleading and confusing for two reasons. For one, the term is often used by casual musicians who get together and “jam”, essentially meaning to play a variety of songs, which may be decided on spontaneously. Secondly, when used as a genre name, jam band seems to emphasize improvisation as an essential feature, although this is also true for Afro-beat, Blues, Jazz and more. There is something special, however, that we think many people are trying to capture when they use the term jam band as a genre to describe bands like Phish. In this genre (which perhaps needs a better name), song structures are used as launching pads for improvisational sections that can then lead just about anywhere, at times reaching out so far beyond the original song structure that it may be unrecognizable for a while. There is also a tendency to transition between songs in this way, keeping the music going and connecting two song structures (or more). The freedom that comes with this allows a live band to react to a crowd and create unique and unforgettable listening experiences when performed well. These are the features of “jam band” that we identify with. In our own music, we carefully craft a song, carefully record it, and then when it’s time to bring it to a live audience, we may extend some sections and see how we can keep the music alive in the moment.

FTS: What’s next for the band?

Zuffalo: We are looking forward to playing live shows to big audiences again. We would love to eventually play music festivals in the US like Lock’n and Peach Fest and spread out to Europe eventually. In the meantime, we hope to release a cinematic music video for a song from BIRDBRAIN.

Check out “Can You Run Out?”, the leadoff single from Zuffalo’s brand new album, Birdbrain. Stream the full album here.