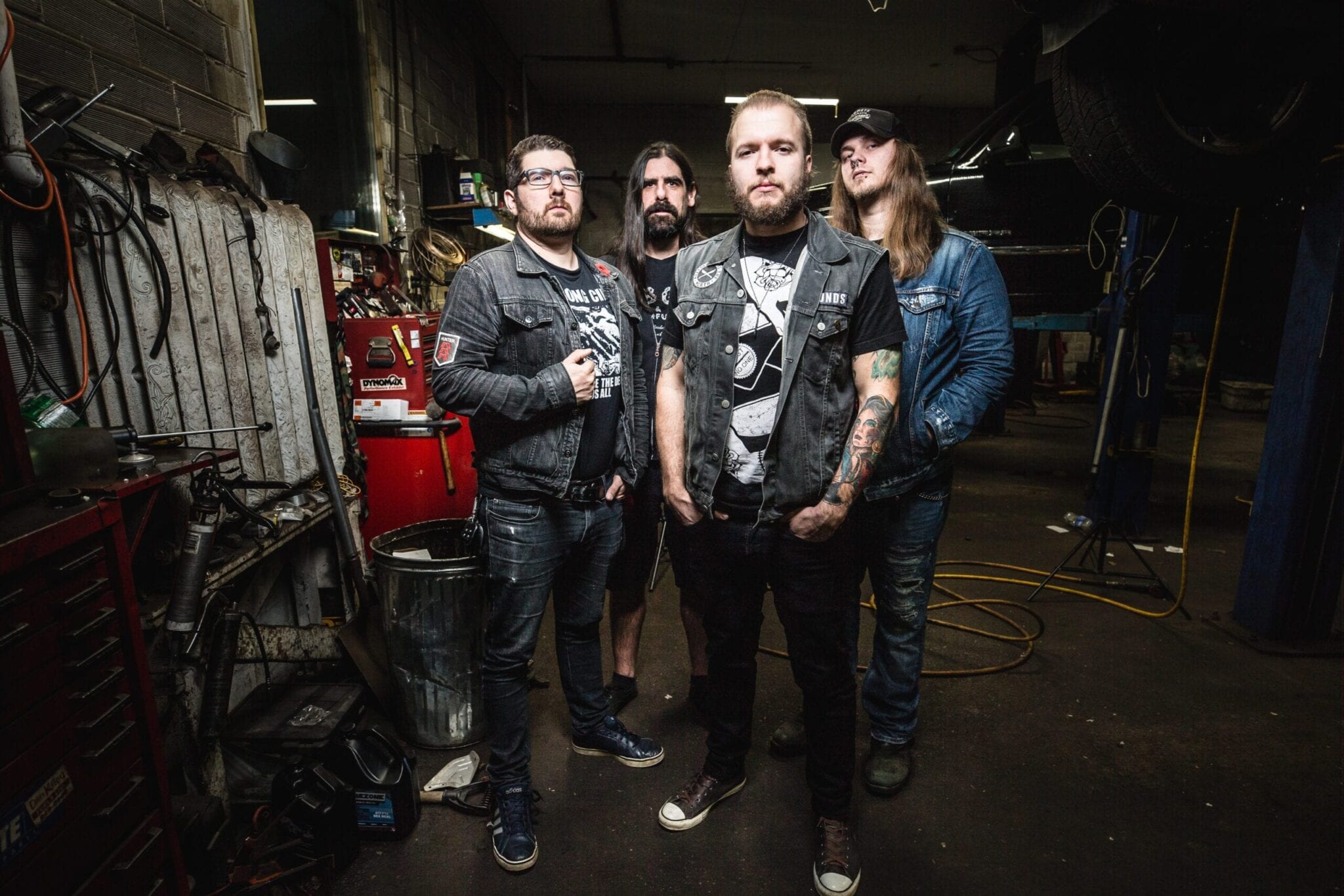 East coast band The Motorleague have been referred to as “Canada’s best-kept secret” due to the fact that they aren’t yet a household name, despite their talent and success. But that could change with their new music, including the latest single featuring Brian Byrne (ex I Mother Earth and Bonds of Mara). We had a fun chat with the band about the evolution of their sound, memorable shows, and musical guilty pleasures (including a fictional Kenny Loggins, and why one particular Styx song isn’t allowed to be played in the van anymore. You know which one) .

From The Strait: Tell us about the new single “Dischordia”, and how Bryan Byrne became a part of it.

The Motorleague: Brian was really a key player in keeping us going.  We met him when he was radio DJ at a rock station in Halifax.

We had just split with our label, and lost our drummer and bassist.  The band was really up in the air, but Brian had been such a stalwart pillar for us.  He was in our corner when we needed it but he also kind of made me want to keep going.  Having him sing on a track was just a no-brainer for us

From The Strait: Your music has evolved through the years, and you’ve said that with the new single you’ve really found your sound. How would you describe that sound?

The Motorleague: Sound-wise, we were like that person at a restaurant who takes forever with a menu. Tons of F.O.M.O going on I guess.  Now I think we’re still as influenced by various sub-genres as we ever we were, it just doesn’t take as long to figure out.  It’s like we got a lot better at not knowing what we want to be doing.  I read in an article recently that we settled into a polished mid-tempo punk sound, and I really liked that.

The Motorleague: Ohhhh do I!!!! What a great question.  I absolutely loved this YouTube series called YACHT ROCK  (Yacht Rock 1 HD – YouTube) ..where a fictional Kenny Loggins and Michael MacDonald try to save “really smooth music” from Hall & Oates.  It’s hilarious but it also made me absolutely LOVE the song “WHAT A FOOL BELIEVES”.  I have been lovingly torturing my parents by parking in their driveway and connecting to their Bluetooth speaker from my car, and playing the song.  They don’t love it.

Also, MR ROBOTO by Styx is one of my all-time favorite songs of life.  It’s not guilty but it probably should be, judging by the way I’m not allowed to play it in the van anymore.

From The Strait: Let’s take a fond look back on different times, when live shows were still happening – what’s been your most memorable show to date?

The Motorleague: There’s been a few but I think for any band, the first time you make it to the other side of the country is a huge one.. so maybe opening for Grady in Vancouver the first time we made it to the other side of Canada.   It’s always an absolute boggling moment when you get to play somewhere you never thought possible… so festivals like Heavy MTL, or George Street Festival in Newfoundland are always just surreal.  But MEMORABLE? – I lost my voice…like 100% lost my voice while working at a Rock Camp for kids a few days before we were to open for Three Doors Down – sold-out show, in our hometown.  I should have cancelled but I was POSITIVE I could power through… I could not.  Those are always hard… you know it’s a good show if an hour feels like 15 minutes, but when it’s the other way around, 15 minutes feels like an eternity.

From The Strait: What’s next for The Motorleague?

The Motorleague: I think a lot of bands are reinventing the wheel this year, and that’s probably a good thing.  I love touring, and I love being on the road but there are all kinds of considerations we’ll need to make about that in the future. The way we perform, record, and distribute music is undergoing a revolution.  So I think for us (or at least for me)  we’re trying to find some world where can still make the full-length records the way we want to but also not be broke from doing so, and also make that a positive experience.   If we can get back to a world where we’re touring again I would LOVE that, but even if we do I think that needs to look different than it did before in a lot of ways.   When they banned plastic straws in our hometown, it just got me thinking of how much single-use disposable plastic / garbage a band would go through in a month on the road.. not even thinking about the van and all those hotels and airplanes..

Add to that how we’re learning all kinds of new things about the music industry and how it’s never been this safe, inclusive thing we thought it was.  So as much as I’d love to say what’s next is to wait out this pandemic and put the boots to the ground touring again, I think there’s still a lot of reflection to be done and at least in my case a way to do things that is more thoughtful and less reactive.

Check out the latest single from The Motorleague, “Dischordia” featuring Brian Byrne!