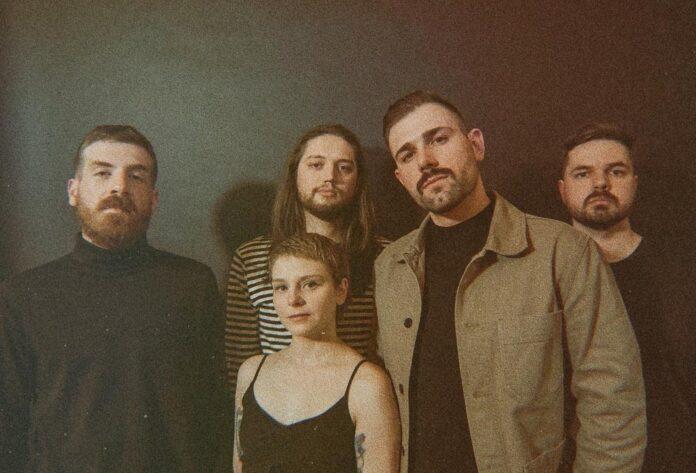 Chicago indie rockers The Darling Suns have just released the latest single from their upcoming EP, due out later this summer. We caught up with band members Rob (lead vocals/guitar) and John (lead guitar/synth/backup vocals) to discuss the new song, their songwriting process, and their non-musical hobbies.

From The Strait: Tell us about the new single, “Into The Night”.

Rob: This song started from an idea Zach (our bassist) brought. After jamming on it for a bit and some rearrangement we settled more or less on the current form and vibe. It’s a little darker and more driving then some of the material on our new EP. I always love up-tempo stuff so this one definitely cemented itself as one of favorites right away. I wrote the lyrics about a time in my life that was pretty dark, hence the hook “into the night”. I spent a lot of years trying to clean my act up and I remember every time I would fall of track I would think about how whatever I was trying or doing at the time just wasn’t working so I wanted to express that mantra in this song.

John: Every song is a little different. Generally Rob or somebody presents an idea we work through the arrangement together at practice bouncing ideas off each other. Sometimes songs start with most of the lyrics and some start with none at all. Sometimes it goes very quickly and all the ideas stick and other times we swap our chords and sections several times before something feels right.

Rob: For me it would have to be the first time we played New York City in 2019. It was the first time most of us had visited that area and it was really something to take in. There was a lot of history on the stage we played on, and we were just overwhelmed with the support we received from the room that night.

Rob: For me, two artists that I wish people listened to more are Madison Cunningham and Screaming Females. Both are fronted by incredible guitar players and that is always something I admire. – John Lately I have been listening to a lot of Post Animal, their new album is phenomenal. I also suggest checking out Stay Outside and Wilma Laverne Miner.

Rob: I like photography. I casually shoot film or stuff on my DSLR. Other than that hiking/camping and spending time. – John I like to stay active and hike or go bike riding. I like to film/edit video whether for myself or other musicians as well as watching a good series or movie.

Check out “Into The Night”, the new single from The Darling Suns!