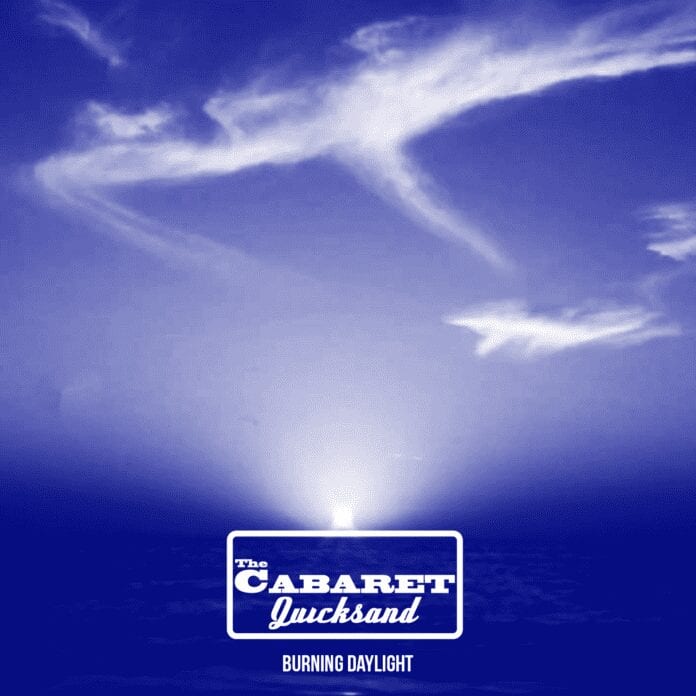 Formed in 2016, The Cabaret Quicksand is a music project led by Craig Rewbury, featuring a variety of musicians lending their collective talents. With the recent release of the new single, “Burning Daylight”, we caught up with Craig to learn more about the song, find out his dream collaborations, and his favourite part of making music.

From The Strait: Tell us about your new single, “Burning Daylight”.

Craig Rewbury: Burning Daylight is a dark Rock n Roll song that I completed in demo form in my little home studio at the end of 2018. It was more of an organic rock sound in demo form with a lot of guitars. I called it my “Crazy Horse/Oasis” song back then. I sent that to Paul Gigliotti who is recording/producing this project at his studio Ignition Audio.  It definitely grew into something else with some cool Moog Synths, big drum sounds (performed by Richard Allen Brown) and alternate guitar parts in which Paul was hearing. The simplified theme or message is don’t waste your time or energy in life by engaging with a narcissist.  They’ll suck the energy out of you.  Spend your precious time on this earth with positive and upbeat personalities who will embrace you and love you for who you are.  We’re all “burning daylight” and will eventually run out of time so use that finite amount of time wisely.

FTS: How would you describe your sound to someone who has never heard The Cabaret Quicksand before?

Craig Rewbury: The genre is Alt/Rock/Pop with a favouritism sonically towards 90’s/early 2000’s . I’m very influenced by the British artists of the 60’s-present.  Everything from The Beatles/Muse/Smiths/Manic Street Preachers/Oasis.I think you can hear all of those influences in one way or another in the songs or even just subtleties.

FTS: If you could collaborate with any artist (any genre, living or dead – no rules), who would it be and why?

Craig Rewbury: My ultimate band would be David Bowie, John Lennon, Johnny Marr, Ryan Adams and myself. I think with those artists (not including myself) there is nothing that can’t be accomplished.  Everything is covered.  If someone is writing something too safe, Bowie would step in and slap you out of your comfort zone with Marr right with him writing the guitar parts. Lennon and Adams would add the quintessential singer/songwriter element with great melody and incredible high quality songs.  There would probably be many disagreements but what a hell of a band and song writing team that would be.

Craig Rebury: The process. When the song is complete (recorded, mixed and mastered) I think about where it came from. 9 times out of 10, it started with a small sound byte on my phone with mumbling of some sort and then graduates into the next level with a word or 2 to replace the mumbling.  I always have record of these. I never erase anything. It’s really gratifying to listen to the final mix and reminisce about the development and the performance of the parts.

FTS: What’s next for The Cabaret Quicksand?

Craig Rewbury: Much of the same really.  Hopefully we don’t cancel the world and this just a temporary suspension? Paul and I were on a really good recording roll until social distancing took effect. We were into the next song called “Circles” when we were abruptly forced to stop.  The goal was to have an EP or album complete this year but now I’m not sure that’s possible with the pandemic? The end goal is just to get better at the craft of song writing and keep recording.