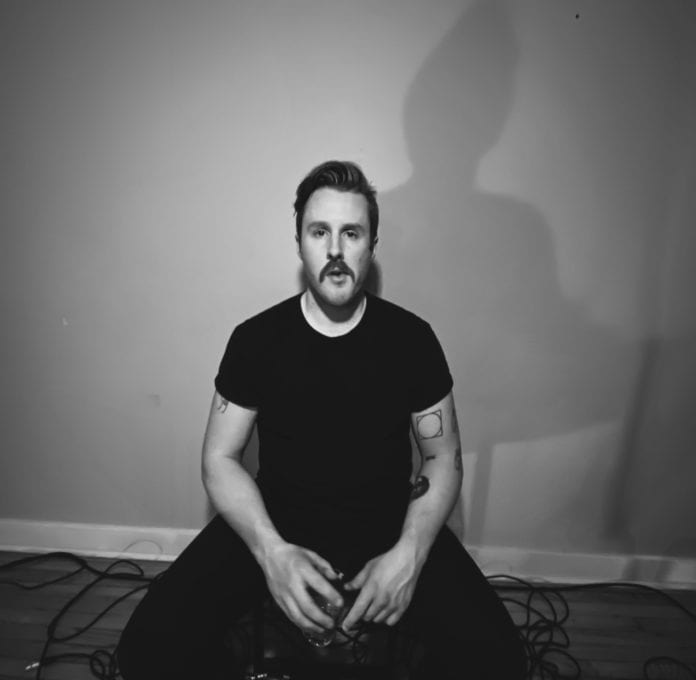 Throughout his many years as a musician, Niagara’s Dan Serre kept busy playing in a variety of bands and genre-spanning projects (Cat Clyde, Voltang, and Shitbats, to name a few). Eventually, the time came to go it alone. The result, titled Six Men Get Sick, is his “experiment in collaborative isolation”. With the debut EP newly released, we caught up with Dan to chat all things Six Men Get Sick – what made him want to go solo, his musical influences, and the process behind the tunes.

From The Strait: You’ve been a musician for a long time, and involved in many different projects. What made you want to venture out on your own this time?

Dan Serre: It had been in the back of my mind for a long time to do something on my own. But it also scared the hell out of me so I put it off. When I started writing in September of 2016, I found myself without a band for the first time in a few years. I had been in a couple of different touring projects that I ended up parting ways with, and realized I didn’t want to be a sideman without a writing role again. I remember writing out this master plan, where I figured I’d have my own EP written, recorded and released in 6 months. Which, ironically, is the amount of time it ended up taking – just 3 years later.

FTS: Tell us a bit about the process behind your debut EP – from writing to recording and releasing, etc. Was it a much different experience than you’re used to?

DS: It was a different experience than anything else I’ve done. I decided at the outset I was going to record, mix and master everything on my own. Making records on the musician’s side of the glass was something I’d done for years – but aside from some rusty production skills leftover from college, I had to invest a lot of time into absorbing as much as I could about mixing and mastering. And I wrote. A lot. Lyrics were never something that I was drawn to when listening (and to be honest, I’m still not). As a result, I found myself struggling immensely while writing them. Thankfully, my girlfriend Katey Gatta – who is an incredible performer and writer in her own right, helped to take some vague concepts into fully formed sets of lyrics.

Everything (with the exception of Zach Desroches’ incredible drumming) on the EP I played myself. It’s really easy to lose objectivity while you work at a solo project pace, so I gradually learned when to step away and refresh my ears. Eventually I got to the place where I felt I had a batch of songs that felt like me.

FTS: If you were curating your own music festival with yourself as the headliner, what other acts would you want to fill out the bill?

DS: You didn’t specify if I’m bound by time or choosing active projects, so here goes: first band on is Dillinger Escape Plan. They terrify every child on molly. 1978-82 era Devo further encourages said children to hide in the DJ tent, while Khruangbin follows to help everyone chill out. Tomahawk immediately makes it weird again. Beastie Boys doing an instrumental set would be the direct support. I don’t know if any of these bands have any business opening for us, but that would be the dream.

DS: My earliest influences were 90’s alternative bands like Nirvana and Smashing Pumpkins that made me want to learn guitar. Metallica developed my right hand and obsessive attention to detail in arrangements. I discovered At the Drive In in high school, and that lead to an appreciation of more avant-garde stuff like Mr. Bungle and Fantomas (huge Patton fan). That eventually helped me find Dillinger Escape Plan, which is probably the only band I’d still tolerate a mosh pit for.

I also love the early 2000’s New York indie scene – Interpol, the Strokes and later, LCD Soundsystem all became pivotal bands. Especially James Murphy of LCD – whenever I’d be flooded with existential dread, he was the touchstone that reminded me doing a fully solo project could be done. Recently, it’s been a mix of new music and revisiting classics I might’ve missed in my younger days – Wes Montgomery, Devo, the Meters, Roy Clark, Television, DBOY, Son House, Santo & Jonny, Fugazi, ZZ Top, Miles Davis, and Albert King are a few. I don’t get hung up on genres anymore. Something is good or it isn’t, and I try to approach all my listening experiences with that mentality.

Have a listen to “Cold Cows” by Six Men Get Sick below, and then go check out the new EP in its entirety!