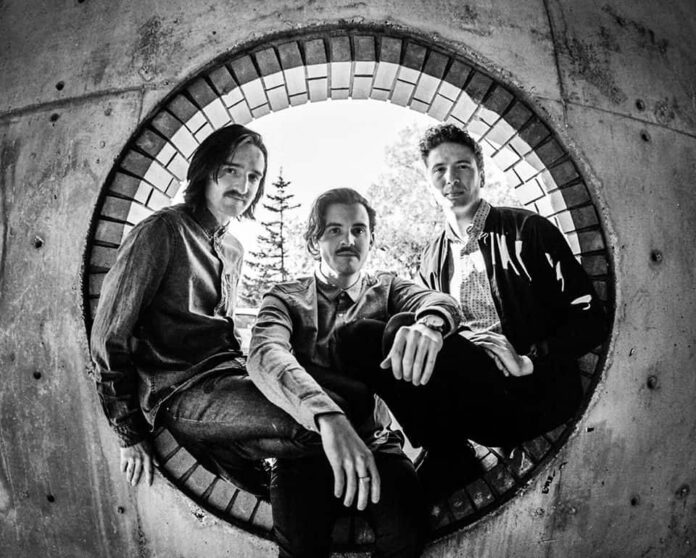 Edmonton-based indie pop trio Scenic Route to Alaska will be dropping their highly anticipated new album in 2020 – in the meantime, they’ve recently released a new single, “Give A Little”.

We became instant fans of this band after seeing them live awhile back (seriously – go see them), so it was a treat to catch up with the band and chat about their influences, thoughts on touring, and their musical guilty pleasures.

From The Strait: Who were your musical influences growing up, and how do they differ from your current ones?

Scenic Route To Alaska: We all listened to A LOT of The Beatles growing up. I think that is one influence that has stayed consistent throughout our writing and career. However, we did all go through a huge classic rock phase which was undeniably “cool” but has faded out of our day-to-day listening as we’ve gotten older. That being said, we’ve been known to toss on Foreigner – 4 and rip along with some air guitar from time to time…

We try to listen to a lot of new Canadian content and often find a lot of inspiration there. Bands like Wintersleep, Hey Rosetta, Sam Robers, Andy Shauf, Feist (just to name a few) have been super inspiring for us.

FTS: What’s the best – and worst – thing about touring?

SRTA: Best = Traveling around the world meeting new people and seeing how far our songs have spread – that’s always such an amazingly cool and humbling experience. We get to meet a lot folks from so many different walks of life and it always puts some gas in our proverbial tanks.

Worst = Not being very in control of our overall health. It’s so easy to get carried away on the road with the beers, bar food and lack of sleep. Sometimes, on long tours, you really do wake up feeling like a potato sack full of SH*T – all self inflicted, of course. I think, or at least I hope, that the older we get the more we’ll be able to carve out a healthier touring lifestyle for ourselves. Wishful thinking? I know a lot of artists are trying to combat the old school rock n roll style by putting a bigger focus on mental health and I’m all for that. I think that finding a balance is the hardest thing to do but will ultimately lead to a much longer (and much healthier) carreer.

FTS: We’ve had your latest track “Give A Little” stuck in our heads since it dropped – tell us a bit about it.

SRTA: “Give a Little” is about the tension in society today. Those moments where you turn on the news and it’s never about anything good. It’s about taking a deeper look, to question what we’re all doing to bring a little more light into the day to day. It’s about self-reflection and outward intention. As I’ve been stating at live shows, I’m not trying to preach too hard. Moreover, I’m trying to remind myself to be a little bit better, more understanding, and to practice patience and kindness in my everyday life. It’s something that we can all spend this lifetime working on.

SRTA: Oooooh, how saucy! Sometimes we put on our “Spotify Time Capsule” playlist – which is where spotify curates a playlist that they think you would’ve been jamming out hard to in high school (which is 10+ years ago for us…. yikes). The whole thing is pretty much a guilty pleasure – from Linkin Park to Treble Charger to Destiny’s Child… you get the point. Not to say that we are at all embarrassed by this but it’s definitely a trip down memory lane.

Check out Scenic Route to Alaska’s latest single, “Give A Little”: