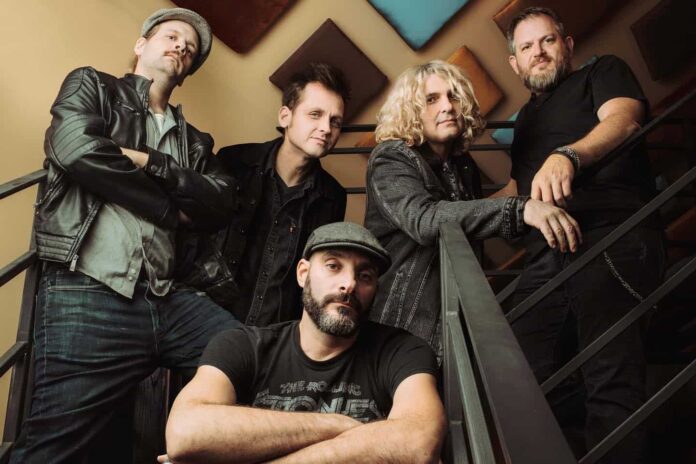 Hamilton’s Radio Free Universe (or RFU) are an indie-rock band bringing fresh new sounds to the genre, which can be heard in their new single “She’s High Again”. We caught up with the band for a Q&A about their favourite local venues, musical guilty pleasures, and the new song.

From The Strait: What’s your favourite venue to play, locally (Hamilton, Niagara, Toronto, etc.), and otherwise?

Radio Free Universe: Hmmm… right now it’s a toss up. Local for us is Hamilton. There are a lot of rooms but I like the ones that feel like home turf. The Casbah and This Ain’t hollywood have always been very accommodating and comfortable and are really good to us. Years ago I cut my teeth at the Corktown Tavern when I moved to Hamilton from the oblivion of Los Angeles and that place is special too. As far as Toronto, it will always be The Horseshoe. I like the fact that all these places have a long history in the community. That matters.

FTS: Tell us about your new single, “She’s High Again”.

RFU: This is a song that took years to make. It was never really a song until we finished the studio build. It’s the kind of song that needed a world-class facility where the equipment used in the recording would not impede the performances. Everything in that song had to have the word greatness attached to it. Mark McMaster even pinned it to the console as a reference. From the lyrics to the string arrangements it just had to have an electricity that made the listener see and feel the story.

FTS: Who you were you musical influences growing up, and how do they differ from your current ones?

RFU: Growing up I was a snob. Between the ages of 5-8 I listened to classical music. I liked old Elvis movie reruns and really old movie musicals that no one would watch. At nine I heard Pavarotti sing Verdi’s Rigoletto and I was shocked. I wanted to be able to sing like that. I could hear that tone in my head for years after and I never could do it. I studied some classical singing thanks to a an Italian janitor in grade school who was a legit opera star in his country in his day. With the school’s permission he was able to get me to really hit notes but only as a kid could. In retrospect I was cool. I had no idea what Led Zeppelin or Pink Floyd was — I was gonna be an opera singer.

Somewhere along the way a dude approached me in choir class and straight-up asked me if I’d sing in his band. I was dying to fit in somewhere in school because I didn’t. We just got together and it was so easy. They played, I sang, and words and music just came out. At this point I was trying to understand choral arrangements and musical theory but he had every record I never knew about which was everything. At least to me. So all at once I was dipped into some reference of modern culture and classic rock. Of all the music I was exposed to The Beatles pretty much affected me in ways I could not understand. The first real concert I saw was U2, so our music was more like the U2 but darker. My voice was pristine and it was easy. We got to play some school dances. We impressed. We practiced and then as life had it we all went our separate ways. Fast forward through post-secondary purgatory and I find myself as far from opera as I could get. All that rock music I didn’t listen to started to catch up with me. I had to sing in a band. Life made me harder, hipper, and angrier. I had a lot to say. I started a 16-piece rock soul punk funk band, while producing and engineering hip hop for cash. I became a professional engineer of sorts.

During that time that band became a 5-piece groove rock band that turned into a blah after being signed to Dreamworks. This is where I started to really evolve. I got to do front of house for a club we all helped build called The Mint in LA. Some cool cat named Jed ran the place and I got to meet and mix everyone. I got to feel like I was a part of Wayne Kramer’s band as he performed there every Thursday for two months. Leo Nocenteli played every week for months with a version of The Meters. James Gadson on drums. These were my heroes and they were there for me to mix. Maybe a live off the floor recording was going down while I mixed Tajmahal. I told Ry Cooder he was too loud and he let me mess with his amp. I mixed so many amazing musicians from the past, present, and future there the list would floor anyone. I became so open-minded to all of it. To mix well you have to love the music you’re hearing and I got to do that. That experience made everything so automatic,but somehow I was never happy with the music I was making. It’s primarily because people were always trying to get me to do this and that. I could sing or fake most of it, but I could never enjoy the recordings. After many lives it’s become pretty clear. I like to sing the song. I focus on it and I become its slave. That has become my biggest influence today — what my heart has to say. I can proudly admit that I have yet to stop loving one of my influences. I can’t imagine how there are so many awesome types of music and people can just stick to a “genre” and wear it like an identity.

RFU: I don’t feel guilty about it at all, but I love hip hop. It’s so hard to get right and the greats are so great! Joyner Lucas is a modern great. I really love that guys lyrics and emotion. I also still love old musicals — the kind they don’t have on Netflix. Those were live orchestrated performances on a sound stage — an amazing human achievement. They are just different times that captured a culture I was so removed from, so intriguing. Kinda funny — those two things have to be complete opposites of everything that’s holy within the genres they both live in.