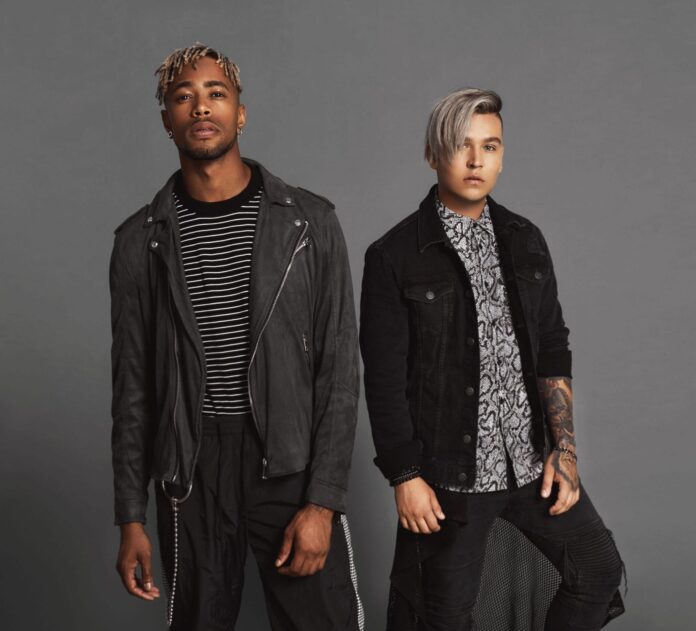 Neon Dreams can’t be classified as one music genre. Pushing style boundaries and experimenting with different sounds, their debut album Sweet Dreams Til Sunbeams, the band offers up their eclectic pop songs with a wider approach.

Their latest single “Life Without Fantasies” was released on August 16th, with a video that pays homage to Napoleon Dynamite and Ferris Bueller’s Day Off . We caught up with frontman Frank Kadillac to ask a few questions about the new video, musical influences, and dream venue.

From The Strait: The video is an homage to your favourite movies from your childhood – what made you want to base it on that?

Frank Kadillac: When writing the song, it came from my younger self which was super nerdy and uncool. At the time, the movies I loved the most were the ones that I related too the most… rebellious / dorky movies like Napoleon Dynamite and Ferris Bueller. If I had all the time in the world I’d put more movie nostalgia in the video

FTS: How did you get started in music?

FK: I moved to Nova Scotia when I was 13 and I didn’t have any real friends until my mother’s boyfriend at the time showed me a few chords on guitar

Then saved up 200 bucks and went to a pawn shop and bought my first guitar.

That was the start of me getting into music.

FTS: Who are you musical influences?

FK: Grew up in front of a TV. I would always take my VHS of old movies I don’t like and record my favourite songs from my favourite bands and keep a playlist of them on tape. Those bands were Linkin Park, Coldplay, Taking Back Sunday…the list goes on. But mainly I’m inspired by anything that is positive feeling.

FTS: What would be your dream venue to play? Anywhere in the world!

FK: It’s gonna take some time to get there but I know I’m going to play Reading and Leeds festival one day. That’s a dream I’m looking forward to. All my favourite bands played there and it’s what I watch to inspire my live shows. I want to be the band thousands of people look forward to, yelling every lyric to battling a wall of speakers screaming back at them.

Check out the latest single from Neon Dreams, Life Without Fantasies.