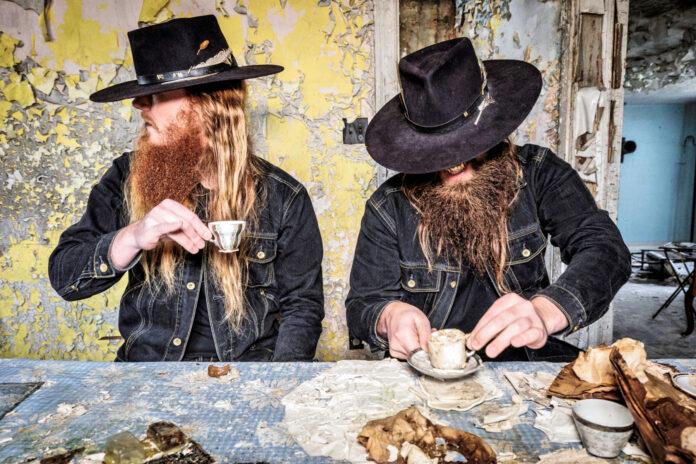 Hailing from Toronto, the Hannah brothers are Mountain Head – a musical duo creating alt-rock songs infused with jangle-pop and psych-rock sounds, making something unique and unmistakably their own. They’ve just released their latest single, “Automatic”, so we caught up with Mountain Head to chat about the song, their creative process, and the evolution of their musical influences.

From The Strait: Tell us about the new single, “Automatic”.

Mountain Head: Automatic is one of those songs that happened just as the title suggests “Automatically”. We were recording in the studio and Ben was changing around setting on his guitar tone with his right hand and tapping the guitar with his left as the settings changed, it just so happened that Ben hit the notes in a rhythm that poked both our heads up and made us say “That’s dope”. We immediately stopped tone hunting and starting writing this song. It came together very fast. It was initially down further on our release list, but after quite a warm reception at shows in LA, and Toronto we decided it was time to let it fly.

Mountain Head: Our process is very loose and playful, we either have a few ideas floating around or we just kind of jam and play around and something will come up. There is a lot of stuff we come up with that isn’t “Mountain Head”…but whenever something comes along that makes us snarl and bob our head we know it’s gonna be a Mountain Head Tune. We generally only write with each other, and we record everything ourselves.  We are heading to work with Garth Richardson in BC at the end of Sept.

Mountain Head: Lately we’ve been listening to Caribou, which is one of our favourite bands. We just did a session with Jake Chisholm, who has a great record coming out. We also can’t leave out Bahamas who we’ve been on the road with many times, and their Bass player Darcy Yates has been instrumental in helping Mountain Head come to life and helping produce our music.

Mountain Head: Growing up we were both really into Hip-Hop, like super young listening to DMX, Shyne, Lil Wayne. Ben got really into hair metal due to an influence from his uncle and a hankering to play as well as Randy Rhoads. And Kyle dove further into Wu Tang, Cam’ron etc. We both kind of helix’d each others music. We still love Hip-Hop but main stay influences would be Bob Dylan, Van Morrison, The Doors, Grateful Dead, George Harrison, John Lennon, Dr. John Etc.

Mountain Head: Creating is the best part about being  musicians when the chase is on, there is nothing better. Our least favourite thing would be waiting around after soundcheck. It’s fun when you can properly accommodate before the show and play or have fun but sometimes it can be a real drag.

Check out “Automatic”, the new single from Mountain Head!