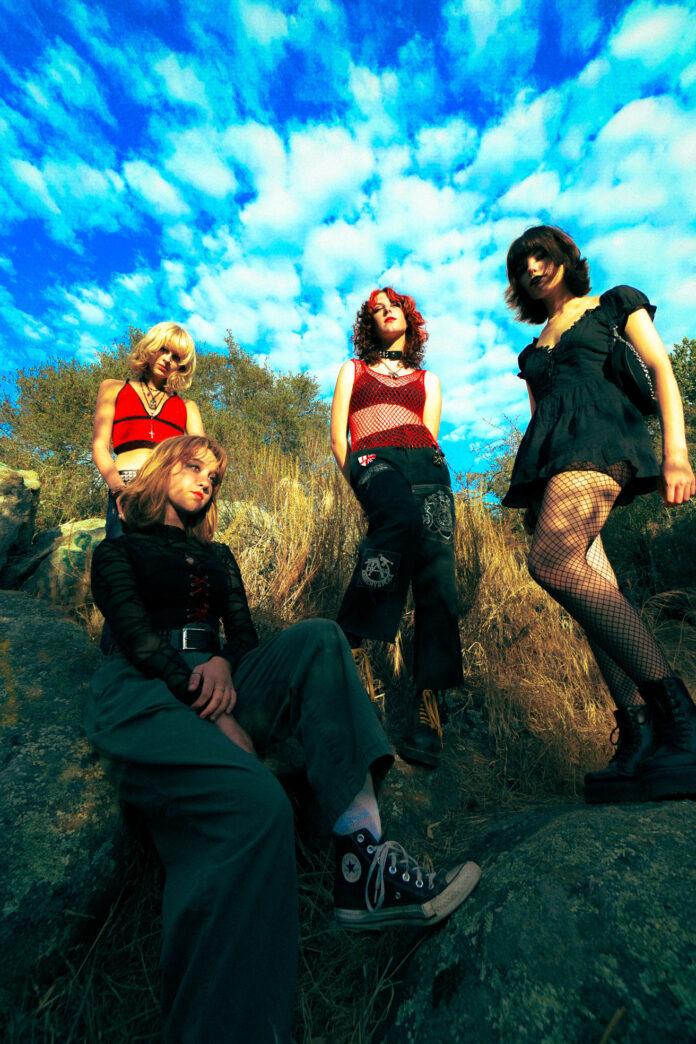 California-based Doll Riot are an all-girl garage rock band, formed two years ago while its members were still in high school. Though young in age, these musicians are a force to be reckoned with, bound and determined to get their music to the masses. Their latest single, “Get A Life” was inspired by real-life teen drama, and has the fast-driving punch of their 90s riot grrrl contemporaries. We caught up with Doll Riot to chat about the song, how they started the band, and their musical influences.

From The Strait: Tell us about the new single, “Get a Life”.

Doll Riot: The song is about everyday hardships of teenage life, struggling to stay afloat amidst insecure self-interested kids.

FTS: How did Doll Riot become a band?

Doll Riot: Elena(singer): Ella the guitar player and I met through a mutual guitar teacher. We initially formed Doll Riot with a different bassist and Drummer. We started out playing cover music. Our bassist quit and that’s when London joined the band. We actually found London on craigslist. At that time we weren’t playing many shows because of the pandemic. Then our regular drummer went away to college and we borrowed Lillee from another band ha ha ha. That’s when we really started writing collectively on a regular basis.

FTS: As four young women in a rock band, the music industry can have its difficulties – what is some useful advice you’ve been given? Do you have any advice for other young bands?

Doll Riot: Girls and gays to the front!
Encourage other young bands to Speak their minds, slay, mosh and have fun!

Doll Riot: L7, Hole, Destroy Boys. These mostly female fronted bands have inspired us to speak our minds and express ourselves through music!

Checkout “Get A Life”, the new single from Doll Riot!