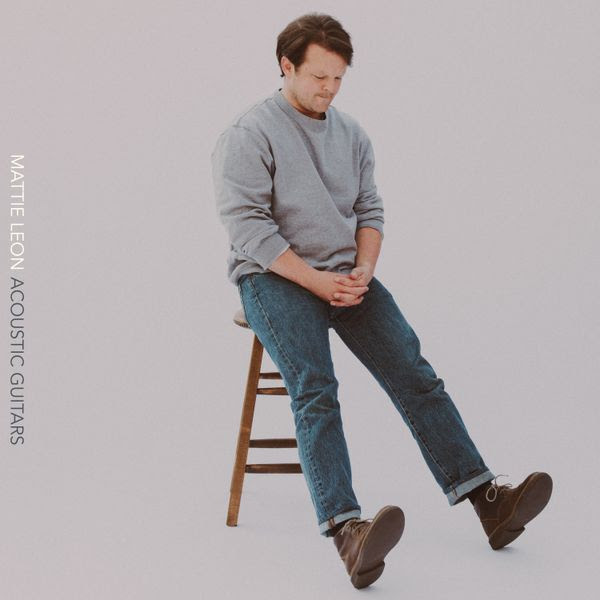 FTS favourite, and The Hardest Working Musician Around™ (as named by us), Mattie Leon has just dropped his latest single, “Acoustic Guitars”. This track is an infectious toe-tapper that is sure to get stuck in your head. We caught up with Mattie to chat about the new song, how it feels to play live shows again, and what we can expect from his upcoming album.

From The Strait: Tell us about the new single, “Acoustic Guitars”.

Mattie Leon: Acoustic Guitars is one of the many songs I wrote over the lockdown period. All I was doing for two years was writing and demoing and I got into this really good groove of being able to finish songs quickly. The better I got at finishing them the more songs came…it was a fruitful time looking back now.

It started with a statement that I made in conversation, “Confident guys don’t tend to hide behind acoustic guitars”, and then I just ran with it. I spent a lot of time over the years hiding behind an acoustic guitar so I know from experience. It’s all summed up in the lyric, “some guys will string you along / other guys are gonna fight for all your attention / and I’ll be writing you songs waiting for the day you hear what I mentioned”.

Musically it’s a feel good toe-tapper with motown vibes and na na na na’s. Mark Howard (producer) really helped bring this one to the next level. He got Mike to play a Charlie Watts – style drum pattern and Nelson followed suit with this amazing bass line.

We’ve already been playing it live and it’s going over really well!

FTS: You recorded your new music with producer Mark Howard last winter in a cottage up north. What was that experience like?

Mattie Leon: It was a dream. The whole band (Mike, Nelson Sobral and I) spent a week just north of Kingston with the great Mark Howard. Every day was the same; we’d wake up, make coffee, record until lunchtime, stop to eat, record until dinner time, make dinner and eat together, record late into the night.

You always read about artists “going away and isolating themselves to make a record” and you think it’s kind of bullshit but it really helped. We were all focused on one goal and being in the same place without any outside influence was a game changer. Mark Howard does things really organically; the band plays together in the same room with no isolation and he captures it on what is essentially a Digital Tape machine. It was SO fun to do it that way and I think you can hear it in the music.

The stuff we did up there…it’s the best drumming Mike’s ever done for sure. Mark pushed him really hard and he rose to the occasion. It was also the first chance we got to really use Nelson’s strengths as a bassist and guitarist. His guitar playing, as you hear at the end of Acoustic Guitars, is just incredible.

We’ve got a lot of footage of the week and I’ve been posting clips of the process to instagram for those that want to follow along!

FTS: You’re an artist who is constantly travelling around and playing shows (as we’ve often said, you’re one of the hardest working musicians we know). Now that live music is back and you’ve been out on the road again, what has that been like? Does it feel like things are finally back to normal, or is there a different vibe?

Mattie Leon: Hahah thank you! I just feel like such a slacker if I’m not working hard.

I’m getting the feeling that people are appreciating concerts more. I’m noticing an overall sense of joy out there. The audience is a little quicker to clap along, to dance, to listen intently and to applaud.

I also notice it in myself. I’m having such a good time on stage and I’m really “in the moment” out there. Soaking it all in.

Things definitely feel back to normal to me!

FTS: Our toes are now permanently in tap-mode from listening to “Acoustic Guitars”. What else can we expect from the upcoming album?

My writing is pretty all over the place when it comes to style and we didn’t shy away from that this time around. Catchy tunes, bluesy tunes, jazzy tunes, country-tinged tunes, they’re all on there.

FTS: If you could play a show at any venue in the world, with any band or artist opening for you, where would it be and with who?

Mattie Leon: Alright first of all it feels weird to suggest an opener. So I’ll just say share the night with!

Hanging on the wall in my studio right above my computer I have a print of Massey Hall. The view from the stage. For years that’s been my goal. I’d love to share a night there with Nelson Sobral on the bill, maybe a secret closing set by The Redhill Valleys. I just want to play big shows with my friends, man!

Check out “Acoustic Guitars”, the new single from Mattie Leon!