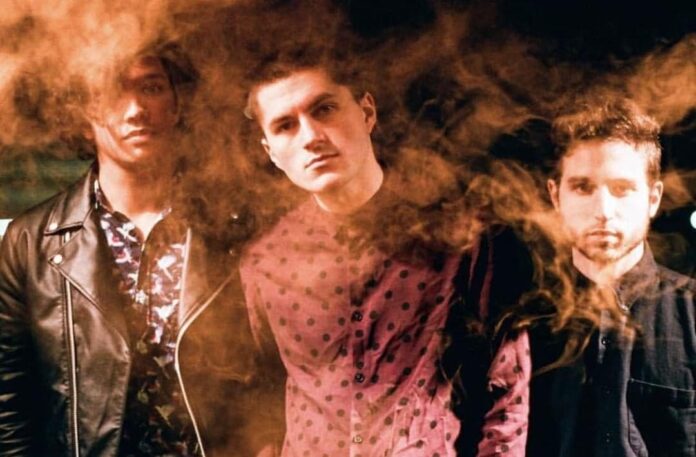 You know it when you see it. Some people are just meant to be onstage, front and centre. David Bowie. Robert Plant. Scott Weiland. St. Vincent.

You can add Charlie Kerr of Hotel Mira to that list.

Hotel Mira, the Vancouver band formerly known as JPNSGRLS, is an alt rock group with an indie pop flair. Their self-titled EP offers up catchy hooks, melodic choruses, and high energy rock ‘n roll. Pair that with a must-see live show, and you’ll understand why they should be on every music fan’s radar.

The group has been through some changes of late, from the aforementioned name switch to gaining new band members, guitarist Colton Lauro and bassist Mike Noble. These two, along with frontman Kerr, have created something unique, infectious, and hard to ignore. I defy anyone to attend a Hotel Mira show without losing yourself in the performance and falling hard for this band.

As for Charlie Kerr himself, there’s no denying that the spotlight was made for him. During their live shows he commands – no, demands – your attention. He’s somehow re-defined the usual rockstar template, going from a mesmerizing onstage performance to being approachable and charismatic offstage. One look at his social media channels and you’ll see how he openly interacts with fans and is a regular guy who just happens to be insanely talented. (And hey, we dig Big Mouth too!)

Hotel Mira has recently released a brand new single called “Jungle”, which is a throwback to adolescence that just might give you highschool flashbacks – awkward crushes, questionable fashion choices and all. Give their incredible EP and back catalogue a listen, as well as the new song, and be sure to see them live if ever you get the chance. You’ll thank us later.