After the release of the summer hit “Just Here With My Friends” feat. Leah Fay of July Talk, Wes Marskell and Jason Couse, collectively known as The Darcys, have released a new single – “Chasing The Fall”. The beautifully shot video was filmed on location in Niagara Falls and we recently had the opportunity to catch up with Wes to chat about all things Darcys.

From the Strait: The new single “Chasing The Fall” comes on the heels of “Just Here With My Friends” which found itself at number one on several radio charts – was there any nervousness about what to release next?

Wes Marskell: I stopped being nervous a long time ago. There’s always expectations and formulas that people claim will see success in a project, but I think it’s all a bunch of snake oil. In the end, we wanted to release something that furthers the narrative and connects with our fans. We had a totally different song queued up for October, but something told us ‘Chasing the Fall’ was the next single and we followed that energy.

FTS: What was the inspiration behind the new single?

WM: I’m always careful to define songs, but on the surface it’s about embracing the beautiful, exciting and bizarre moments in life. We’ve all had those nights that start out strange and only further spiral into disarray. You bought the ticket, so take the ride. It’s more exciting to see where you get spit out than it is to protect yourself from ever getting somewhere in the first place. Hitting the jackpot, or seeing rain in Palm Springs is unlikely, but you never know unless you roll the dice. 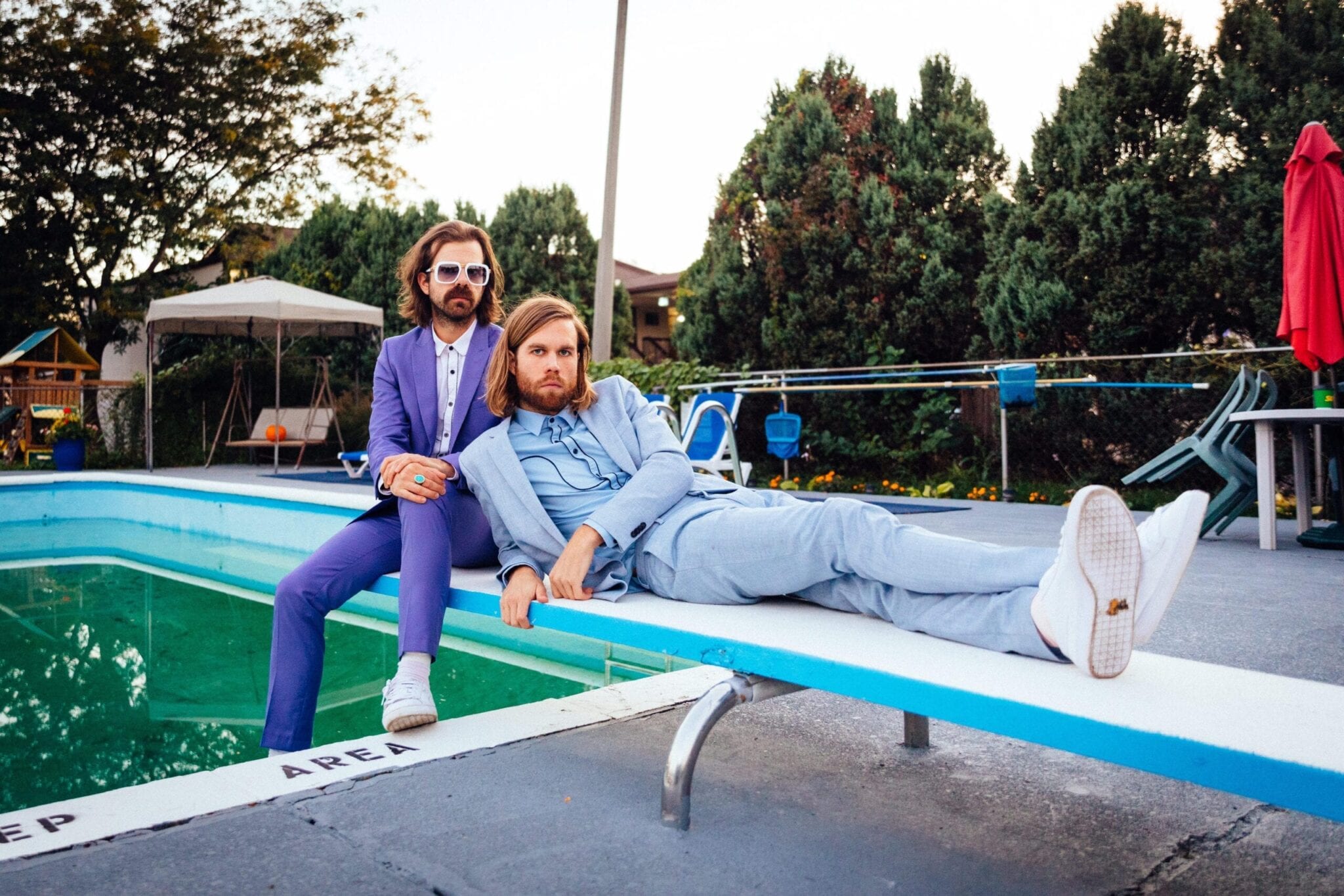 FTS: The video treatment given to “Chasing The Fall” is fantastic. It captures the band’s playfulness, aesthetic, and sense of style beautifully. Who directed it? What was the concept behind it? The choice to shoot in Niagara Falls fits pretty perfect. How was shooting so close to the Falls?

WM: Flying home from California on the heels of shooting the ‘Arizona Hwy’ video, we knew we wanted to work with Emma Higgins again. We had such a great experience on that shoot that when it came time to make visuals for ‘Chasing the Fall’ we offered the job to her first. We ran with her concept and she captured the mood perfectly. Casinos, limos, Niagara Falls, what’s not to love? I can tell you now, shooting under the falls in mid-October was a lot warmer in the abstract.

FTS: From the early re-imagining of Steely Dan’s iconic album Aja, the haunting beauty of Warring, and Centerfold’s bold new sound, to releasing two holiday tracks – it seems The Darcys aren’t afraid to take big chances. What propels you to take such large artistic risks?

WM: A deep fear of repetition? Anxiety? I get asked this question a lot and I don’t have an answer. Jason and I try to make music that we enjoy, that we think other people will enjoy and that fulfills us as artists. I don’t think making “Warring” three times over would be been good for us as creators. If I’m not excited about something, how can I expect you to be excited about it? We’re trying to pick the right waves and ride them. If we feel something one day, we get swept up in it and try to make the best song in that moment. Then we look back, collect and go “hey, maybe there’s an album here.” Then we work to make it make sense together, hide some Easter eggs in it and push it out into the world. Releasing music is a risk, we just embraced that.

If you want some advice, make a holiday song. The joy that ‘Another Log on the Fire’ seems to bring to people is beyond me. It’s hilarious. Even year “log throwing szn” comes around and people really get into it. I love it so much.

FTS: Now that you have opted to go without a record label – which many would see as being yet ANOTHER risk – what have you found to be the biggest challenges and the most rewarding accomplishments you’ve achieved ?

WM: As I explore the corners of the music industry I see how many of the established avenues may not be the best routes. I also see a lot of unhealthy environments that I’m glad we’re no longer associated with. I think the challenges are the rewards. We’re out here trying to get our music heard and doing our best to package it in a way that makes sense for us. In the end, now more than ever, success or fail, it’s on us. There’s no-one to blame and that’s exciting to me. We’ve seen growth in the last six months that I never would have expected. That’s a win, but now how do we double that growth?

Take a look at the The Darcys’ video for their brand new single, “Chasing the Fall”!