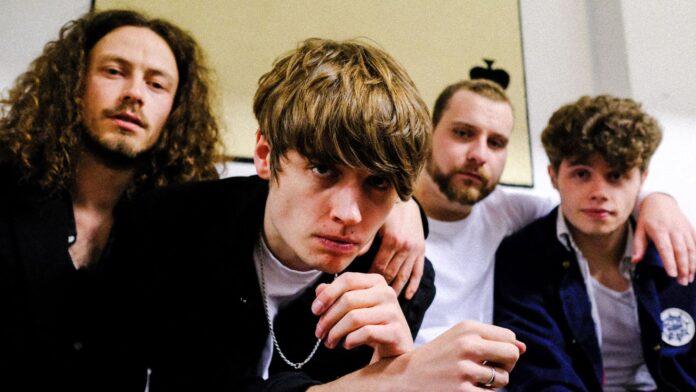 Hailing from Southend-on-Sea, England, The Trusted are an indie rock band that uses their Brit-rock and 70s new wave influences to create their sound; an anthemic, pop-forward style, perfect for fans of The Strokes, The Killers, and 1975. They’ve just released their latest single, “Terrible Fight”, a song with “a serious message about the importance of picking yourself up and moving forward, despite being set against what seems like overwhelming odds.”

“’Terrible Fight’ is a song about being metaphorically beaten up. Part of growing up is realizing that ‘life’ is basically an emotional/ psychological boxing ring,” says vocalist Tom Cunningham. “Whether it’s heartbreak, politics or loss, it kind of feels like we are all being hit from all sides. I wanted ‘Terrible Fight’ to be a song about being knocked over by all these heavy punches as well as our ability to just keep moving forward “

“Terrible Fight” sees the band taking on a poppier sound than previous releases, while still staying true to their “indie” brand. The single features shimmering synths, anthemic vocals, and a chorus that is sure to get you moving. This is a radio-friendly track with an abundance of mainstream appeal, but enough edge and garage rock vibes to still keep a heavier-leaning audience locked in. Anyone just getting their first listen to The Trusted with this song is sure to be hooked.