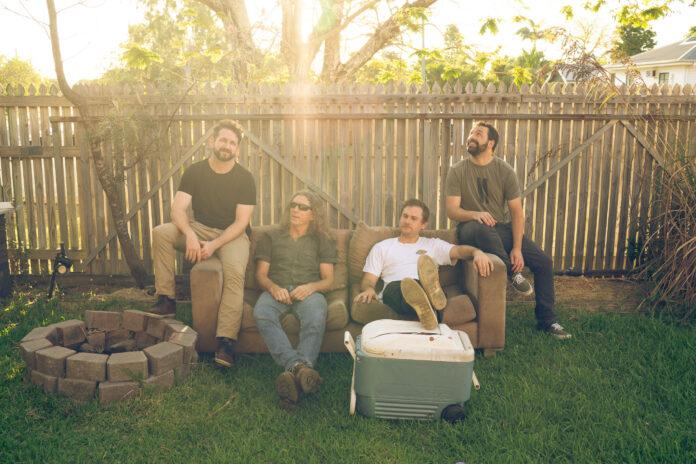 “The song came together so fast from just a jam we were having when rehearsing,” says Jamea Balthes. “Ray had this chord progression that he was messing around with, then I came up with the main riff. Then we had the lyrics and melody literally five minutes later.”

“Found Myself” is an energetic track, jumping right into the heart of the song from the first note. Driving guitars and punchy drums fit perfectly with the catchy vocals and harmonies, delving into a style that sounds like PUP-meets-the best of 90s indie. A word of warning to anyone about to give the song a spin, though – while “Found Myself” may be short and sweet, it will immediately make its way into your head and stay there. You just might need to listen a few more times.

As Poison Oak continues their rise on the music scene with the band’s undeniable appeal, you can see how “Found Myself” is aptly named; they certainly have found themselves, and their sound. And we can’t wait to hear what’s next.

Stream “Found Myself” on your preferred platform:
Spotify / Soundcloud / YouTube