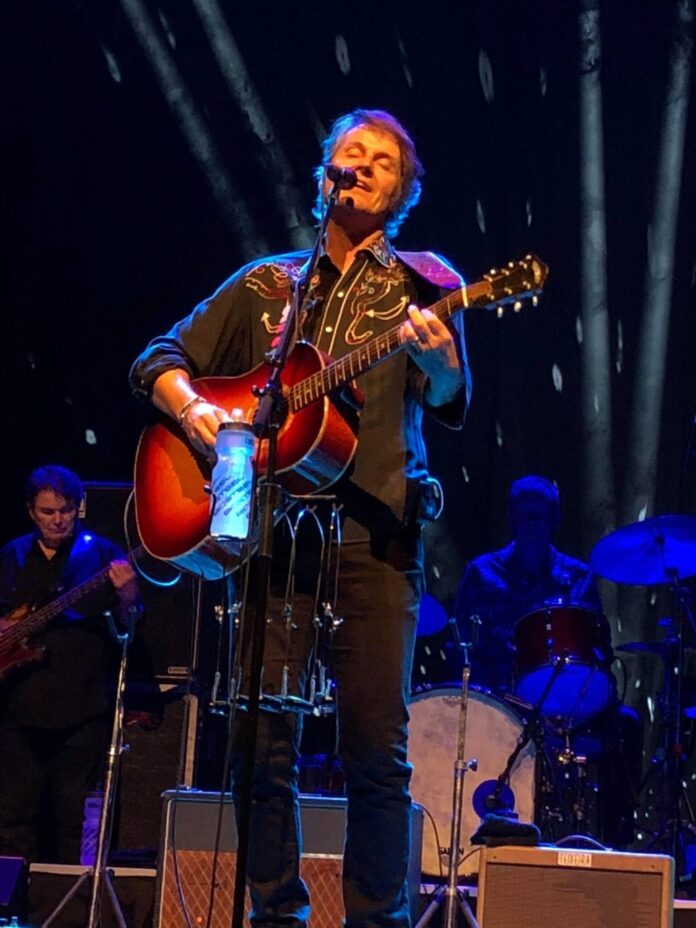 We were among the many filling seats during night one, and – as expected – it did not disappoint. 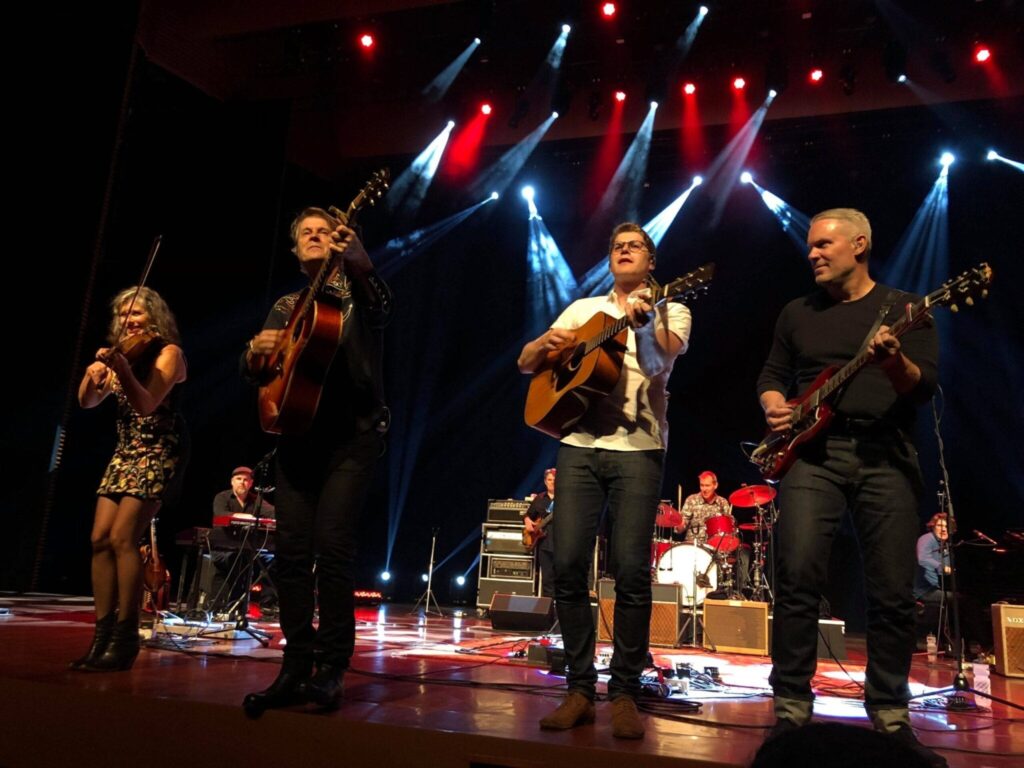 Since we had a quick intro and photo with Jim before the show began, we took the opportunity to ask a couple of questions. For those who don’t know, Jim’s sons, Devin Cuddy and Sam Polley, are successful musicians themselves. They often play with their dad as extended members of his band, and both opened at the First Ontario PAC performances. So, since the shows were somewhat of a familly affair, we first asked which of Devin’s songs was his personal favourite.

“Probably one that he’s going to play, “Radio”. It’s not on a [full-length] record yet.”

Next up, of course, his favourite of Sam’s.

“Sam, there’s a song he doesn’t do [with us] but I wish he would do, it’s called “The One That Time Forgot”.” He let us know that both sons will be coming out with new records, so we’ll soon be able to hear Jim’s favourites for ourselves. 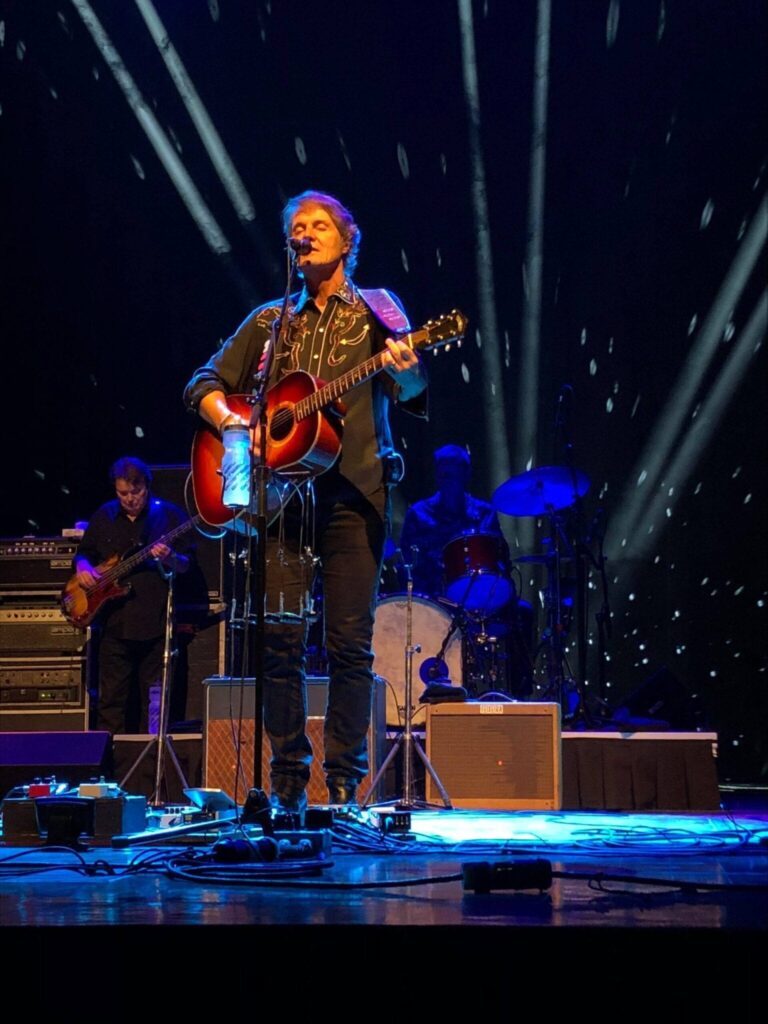 The show started off with Devin at the piano serenading the crowd with a few songs, and then he was joined by his brother Sam for a few more. Afterward, Jim Cuddy and his bandmates – Colin Cripps, Anne Lindsay, Joel Anderson, Bazil Donovan, and Steve O’Connor – played to a rapt audience, sharing songs from his solo albums, as well as a few Blue Rodeo hits for good measure.

His sons joined throughout the show, and the night ended with an a capella performance of “Wash Me Down” with all of the band members front and centre. (Watch video here.) 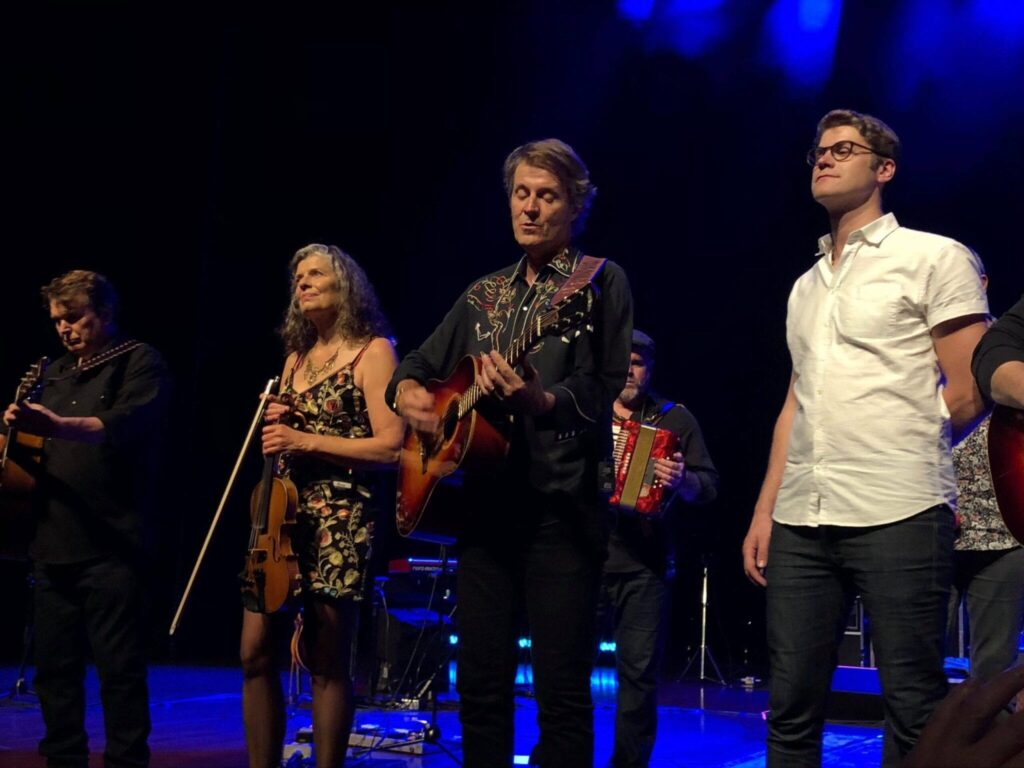 When the line of fans looking for autographs dissipated afterward, we had another quick moment with Jim and couldn’t help but note that he is consistently warm, friendly, and charming. Though he’s the man behind so many songs that have become forever woven into most Canadians’ lives and hearts, he remains approachable. Real.

Whether its crooning beside long time bandmate Greg Keelor in Blue Rodeo, being the proud dad to his musical sons, or having a friendly chat with fans after a show – Jim has cemented himself as a true Canadian icon, and a down-to-earth guy.