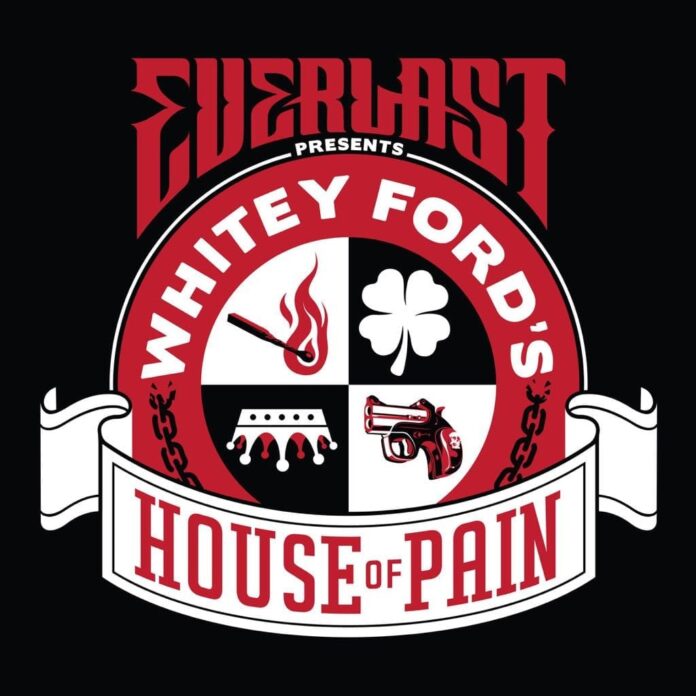 Good things come to those who wait… The last proper album from Everlast, “Songs Of the Ungrateful Living”, was released seven years ago. That feels like a lifetime for fans of the man who once urged a generation of kids to “get out ya seat and jump around”.

Erik Schrody aka Whitey Ford, aka Mr. White, aka The Whiteboy has finally released “Whitey Ford’s House of Pain” – a 12 track album of new material that touches on a little bit of every style Everlast has become known for over his illustrious career.

Standout tracks include “The Culling” – a glorious return to the hard hitting free flow rhyming style that made him famous as the front man of legendary 90s Hip Hop group House Of Pain. “It Ain’t Easy” is reminiscent of the Grammy Award winning “Leave Your Lights On” with Santana; familiar and fresh at the same time.

Fans may have waited a long time for new music, but this album is a wonderful reward for both new fans and older ones that have stuck with him and watched him outlast most of his contemporaries over his almost 30 year career.