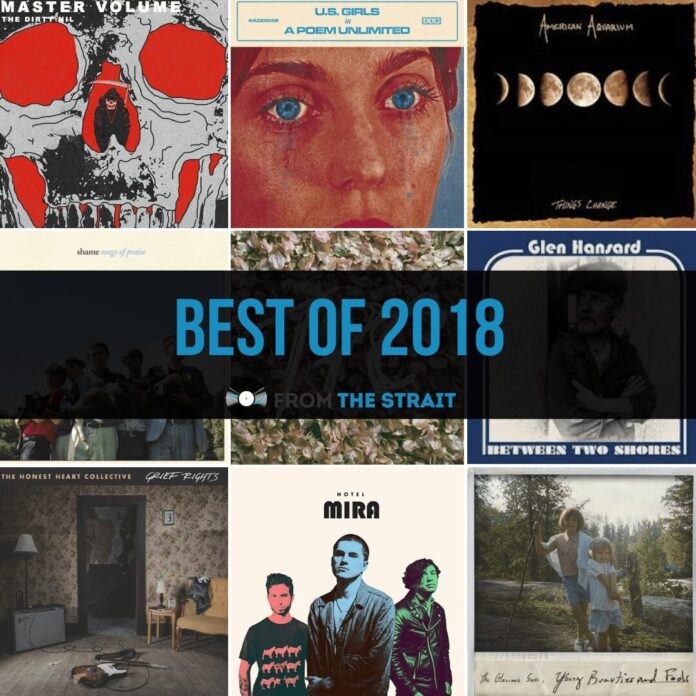 2018 is officially over, so we’ve put together our best-of lists and asked a few others to join in with their picks for top 5 releases (album and/or singles) of the past year.

4. Lovelytheband “Broken” – sure it sounds like a bots version of Foster the People, but I like it.

2. Sheepdogs “Nobody” – 70s rock is alive and well – top marks for the CCR vibes

Andy Colanico of Revive the Rose:

I think this is 100% one of my top 5 picks. These boys were able to capture their friendship, as well as provide some unique melodies and riffs to the table. I also think it’s hilarious that their lead single “hometown” is about how they have no support from their own hometown for music, yet the rest of the world was able to get it over 12 million streams with a sold out tour in Europe, America, and Canada.

The Sons came in strong proving rock and roll will never die, again! Brett Emmons lyrics are some of the best lyrics going. Filled with such honesty, genuine manner, and fun. This album is easily one of the most diverse LP I’ve heard in a while where I can listen to it front to back. They also touched on a bit of the Alternative genre, fusing it with their rock roots. This helped them explode their fan base in 2018.

Just a solid unique punk rock record with a wall of attitude. Not much to really say, but to just give it a spin.

This is such a fun album that instantly puts you in a great mood. Filled with so many moments where every talented musician in the band has a time to shine with amazing jam-full solos. Shout out to the keys player for being such a shred fest. Lots of genre inspirations in here, that keep your ear constantly peeled.

Such a nostalgic yet new sound fused. A very fun record, filled with much influences. Keeps you singing the whole car ride home!

Nolan Jodes, Music Jerk at From the Strait:

This list is almost an impossibility for me… and likely end up causing me great pain when I realize how many albums I’ve left off in the coming days. But for now…here’s probably my top 5, er…8.

Kris Goetz, Music Jerk at From the Strait:

Let me preface this by stating that I’m pretty much incapable of making Best Of lists – if you ask me for a Top 10, I’ll give you a “Potential Top 63 with an Option for 27 More”. So this was difficult to say the least, and my list is somewhat random and quite a bit more mellow than what I normally listen to.

In no particular order….

This one goes without saying, it’s a damn gem. For further thoughts on it, check out my review from a few months back.

If you haven’t heard this album, or anything by Hotel Mira, get on it! I already wrote about why these guys should be your new favourite band, so read on & learn up.

I’d give him top billing for his Twitter account alone, but this is an album that hits you right in the place where most people feel feelings. What’s that thing called? The stomach?

This album was a critical darling over the past year, being lauded and praised by damn near every media outlet. I truthfully didn’t expect to like it as much as I did, but there’s something about it that just grabs you. It’s groovy as hell.

My fellow Music Jerk here at From the Strait recently released one of my all-time favourite songs of his, so it needs to be included on this list (though he’ll kill me for doing so). It’s haunting and weird and catchy and generally just a great darn tune.

Told you I can’t do these lists. I need to add The Honest Heart Collective‘s Grief Rights because it’s such a fantastic album, as well as Matt Mays’ Twice Upon A Hell of a Time, because even though it’s acoustic versions of previously released songs, it’s so well-done – both are must-listens.