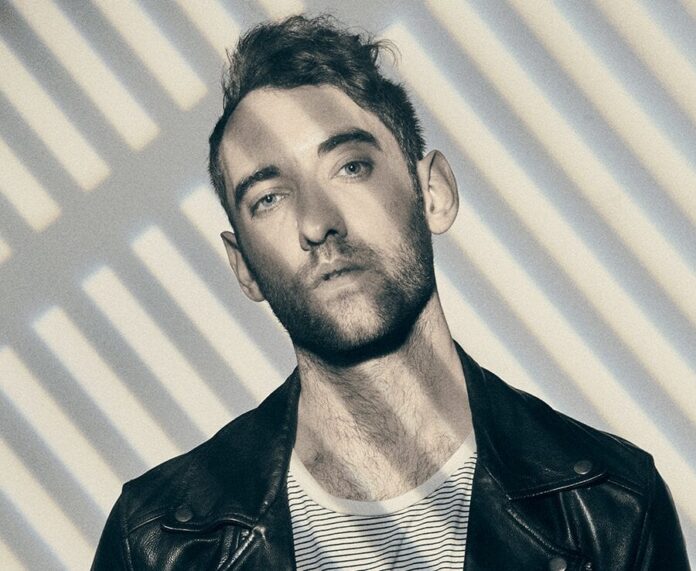 Michael Nelson, better known as BANNERS, has a sound that is difficult to label. With his genre-spanning songs, he has managed to capture audiences worldwide – and Canada is no exception. The UK artist is currently touring the country, and we caught up with him to chat about Canadian venues (with a shoutout to Tim Hortons), his musical influences, and stadium riders.

From The Strait: You’re in the middle of a big Canadian tour (we’re excited to see you at the Hamilton date, ourselves) – do you have a favourite Canadian city or venue to play?

Banners: Ah that would be picking favourites, and I love every city that lets me play there. When you’re on a tour you get a really weird experience of a city. You show up, set all your stuff up, do a soundcheck, hopefully find somewhere to eat pretty close to the venue, do the gig, sit down for 5 minutes and then you’ve gotta leave to do a massive drive to the next show because Canada is so big! So, often, your only real experience of a place is of the venue and the people that come to watch. I’m really lucky in that I genuinely think I have the loveliest fans in the world so there isn’t a Canadian city I don’t like! Also Tim Hortons is great. Maybe I should do a gig in a Tim Hortons. Free Iced Capp with every ticket.

FTS: Who you were your musical influences growing up, and how to do they differ from your current ones?

Banners: The first album I ever owned was Hunky Dory by David Bowie, and growing up I loved (just gonna name some albums now) Grace by Jeff Buckley, Parachutes by Coldplay, Funeral by Arcade Fire, Is this it by The Strokes, Y’s by Joanna Newsome, Begin to Hope by Regina Spektor, the Smiths, Gomez, Badly Drawn Boy, Smashing Pumpkins, Elbow, Echo and the Bunnymen loads and loads of others obviously.

I think the main difference is not really in the type of music I listen to, but more in how I listen to it. Growing up although music was my passion it wasn’t my career yet so I could just love these bands and this music unreservedly and emotionally. Naively but purely. Like you’re supposed to. Now because, music and songwriting, is my profession I find I listen to it far more analytically because I know how it all goes together and it’s really important to try to learn from what other people are doing. Which is a shame in some respects, but in being able to deconstruct things a little bit more it’s made me appreciate music I wouldn’t necessarily have listened to when I was younger. I find that to really lose myself in it I have to go back to the music I loved before it all got so serious, before I was lucky enough to make music for a living. Still though it’s great when an album comes out that you fall in love with. I’ve been listening to the new Vampire Weekend and Bon Iver albums a lot recently.

FTS: If (and when) you’re selling out stadiums, what would you put on your rider?

Banners: A football pitch and 10 of my mates to come and play with me. I don’t know how that would work logistically but that’s not my problem! And a ball, obviously.

FTS: Tell us a bit about the recent single with Young Bombs – how did the collaboration come about?

Banners: “Where the Shadow Ends” was a song that I wrote about 4 years ago with 2 friends, it was originally a slower, more sparse ballad and I really liked it but I kinda forgot it existed. Somehow it fell into the hands of Young Bombs (I’m still not sure how that stuff happens!) and they heard something in it and thought they could make it better. Which they totally did! It’s so great when someone takes something you worked on and presents their own take on it. Makes moments of the song that you hadn’t really noticed were there.

I’m honoured they took the time to work on it and I’m really glad that I get to play it live and that it’s not just sitting on a computer somewhere! They made me sound cooler than I actually am so I’m forever indebted to them for that.

Check out “Where The Shadow Ends”, a collaboration with Banners and Young Bombs!