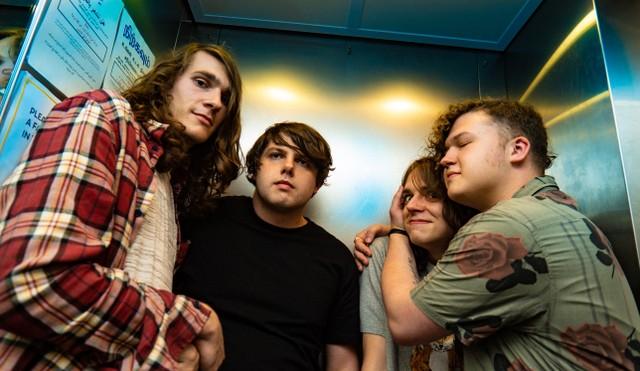 New Zealand indie rockers Voodoo Bloo have just released their latest single, “Small” – a stellar song that straddles the line between accessible indie pop and an edgier alt sound. It tells the story of having to grow up, with an honest and relatable take. We caught up with Rory McDonald, the man behind the band, to chat about the single, their songwriting process, and the album he can’t get enough of right now.

From The Strait: Tell us about the new single, “Small”.

Voodoo Bloo: Small is a song that I felt I needed to write for a long time, mainly for myself and my mother, as I always felt I grew up a little bit too early, and needed a constant reminder that it’s okay to slack off every once in a while, be a little immature and just do whatever life throws at you.

FTS: How did Voodoo Bloo get started?

Voodoo Bloo:  It’s a long history to go through, but the short version is that I started recording material after an old band dissolved, and once it came time to do some live shows, I recruited some really cool people to join in on the action and get a live band version of Voodoo Bloo ready to take on anything!

Voodoo Bloo: All the material is first written by me. For the first album it was just the guys following along with what I wrote for them, and that was that. However, for this second album, I would bring in a whole song, and we’d usually just spend a couple of hours ripping apart what I’d done, and glueing it back together again in any fashion we see fit. It’s definitely a much more collaborative space than it used to be, and the guys I work with definitely elevate the material to a level I thought was once impossible.

Voodoo Bloo: Mm…Food by MF Doom. Great album from start to finish, and how someone can write a whole concept album purely about what you’d find at a picnic is truly baffling to me, a great LP to chuck on while cleaning up your house on a saturday afternoon (like I’ve just been doing).

FTS: What’s next for Voodoo Bloo?

Voodoo Bloo: Anything and everything.